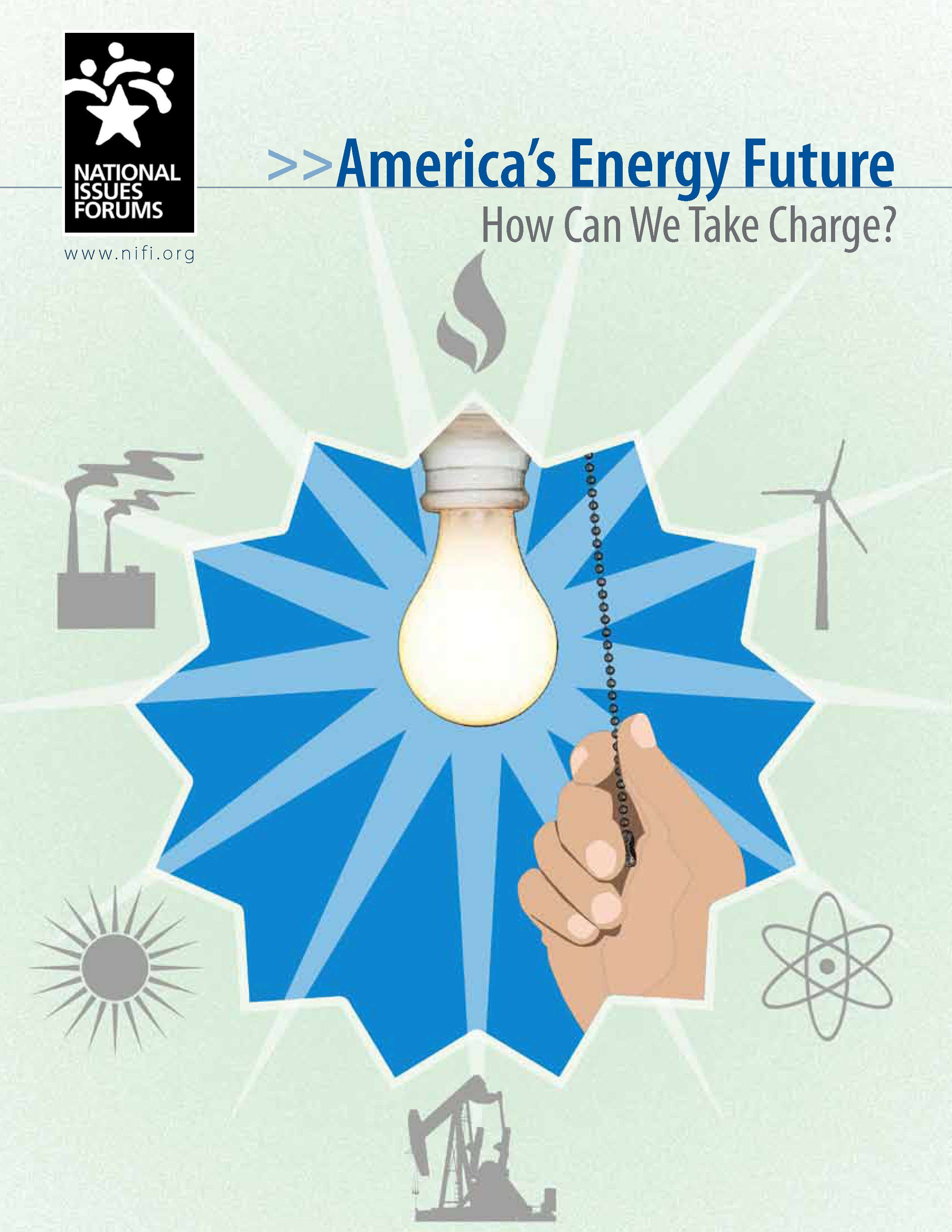 The following is excerpted from the issue guide, America’s Energy Future: How Can We Take Charge?

Americans depend on easy access to energy. Most of us take it for granted that we will be able to light up a room with the flick of a switch, adjust the temperature of our homes at will, and climb into our cars every morning to go to work, often at distant sites.

Worldwide energy use is on the upswing as well, and is projected to keep increasing, as rapidly developing countries, such as China, India, and Brazil, become bigger players in the worldwide market for energy supplies, especially oil. And—sooner or later—the world’s available supply of oil will run out.

Produce the Energy We Need to Maintain Our Way of Life

This option holds that we must produce more of the energy we need, while making sure that as much imported energy as possible comes from stable, friendly countries, such as Canada. The result would be to lessen foreign entanglements, cut the nation’s trade deficit, and make the dollar stronger in world markets, this option says.

Put More Renewables and Clean Energy Sources into the Mix

This option says that we need to find and use more sources of renewable energy. And, because we will inevitably have to move to renewables at some point, we should start down that path now. It will take time, but it will be worth it in the long run.

Find Ways to Use Less Energy

According to this option, there is no long-term future in this voracious use of energy produced by fossil fuels. They will, eventually, run out and, in the meantime, we continue to do great damage to the air, water, and earth that sustain us. While renewable, nonpolluting sources of energy may well be the answer to our problems, realistically we cannot expect them soon.

Andy Mead is a free-lance writer and former newspaper reporter who has written on a wide variety of topics, including environmental and social issues, politics and crime. His most recent project, for the Kentucky Center for Public Service Journalism, is a multi-part series titled "A Licking River Journey: 300 miles from whimper to crescendo." He is based in Lexington, Ky.