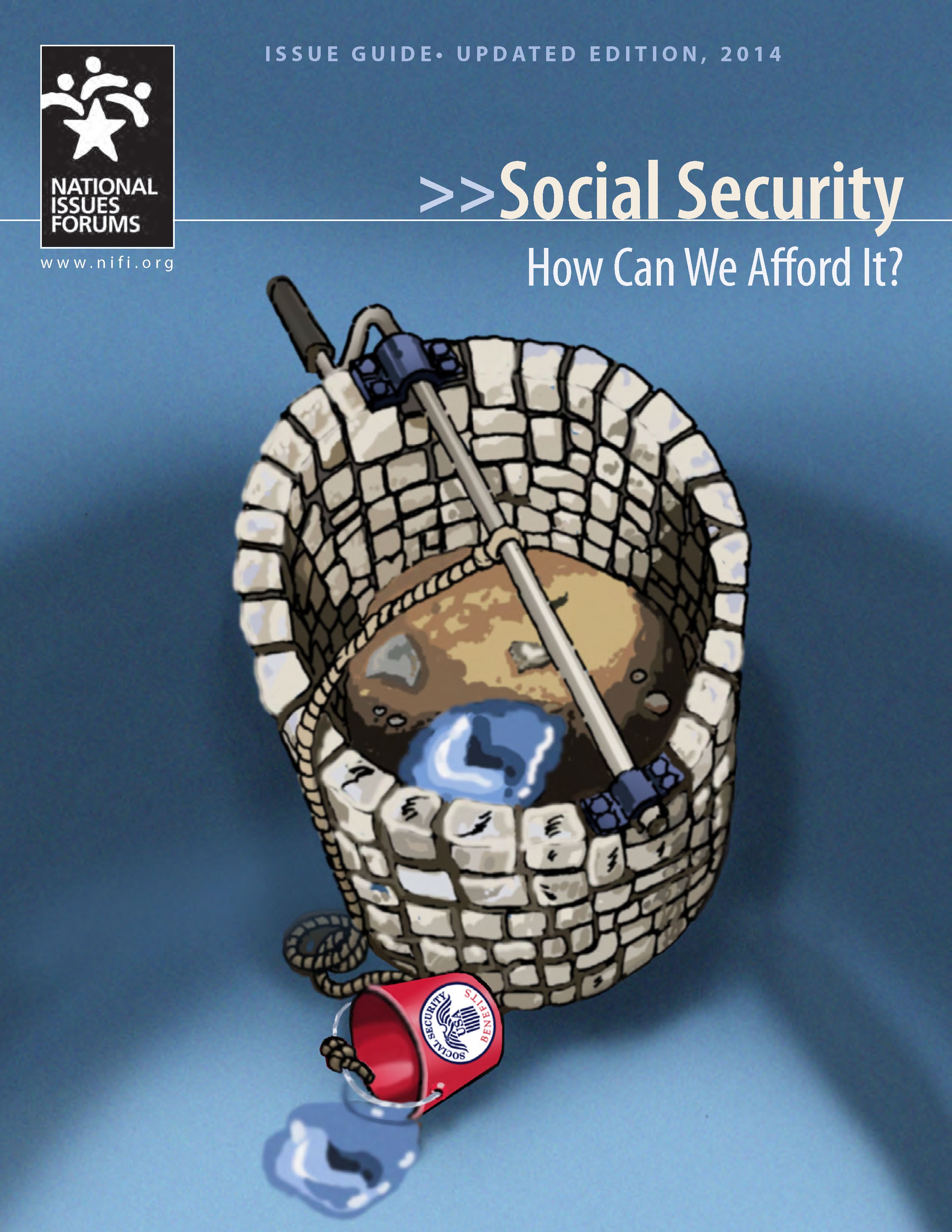 How Can We Afford It?

Projections in 2013 showed that the Social Security Trust Fund could run out of money in 2033. Growing federal deficits and a rising national debt have made many wonder whether Social Security will soon become too great a burden on the workers who have to pay for it…

Many Americans are reexamining the principles on which Social Security is based and are thinking anew about the nature of individual responsibility. What does the government owe the elderly? Should saving for retirement be strictly an individual responsibility? Is it fair to require succeeding generations to shoulder the increasing burden of supporting retirees?

The question we must face is this: how can we best provide for Americans’ retirement?

Shore Up and Reaffirm Social Security

Social Security benefits represent a promise made to Americans, symbolizing a shared commitment to one another that is a fundamental value of our country. The program has earned its near-universal support, and the promise should be kept by doing whatever it takes to keep these benefits as they are.

Government has been taking too much responsibility for the well-being of its older citizens, undermining the nation’s traditional emphasis on self-reliance. We should phase-in a privatized system of retirement savings accounts, which could be regulated by the government, but controlled and managed by individuals.

It is unrealistic to continue to support a plan that enables people to retire in their early-to-mid-60s when the average life span is now 78. The compact that Social Security represents should be adjusted to take that change into account.