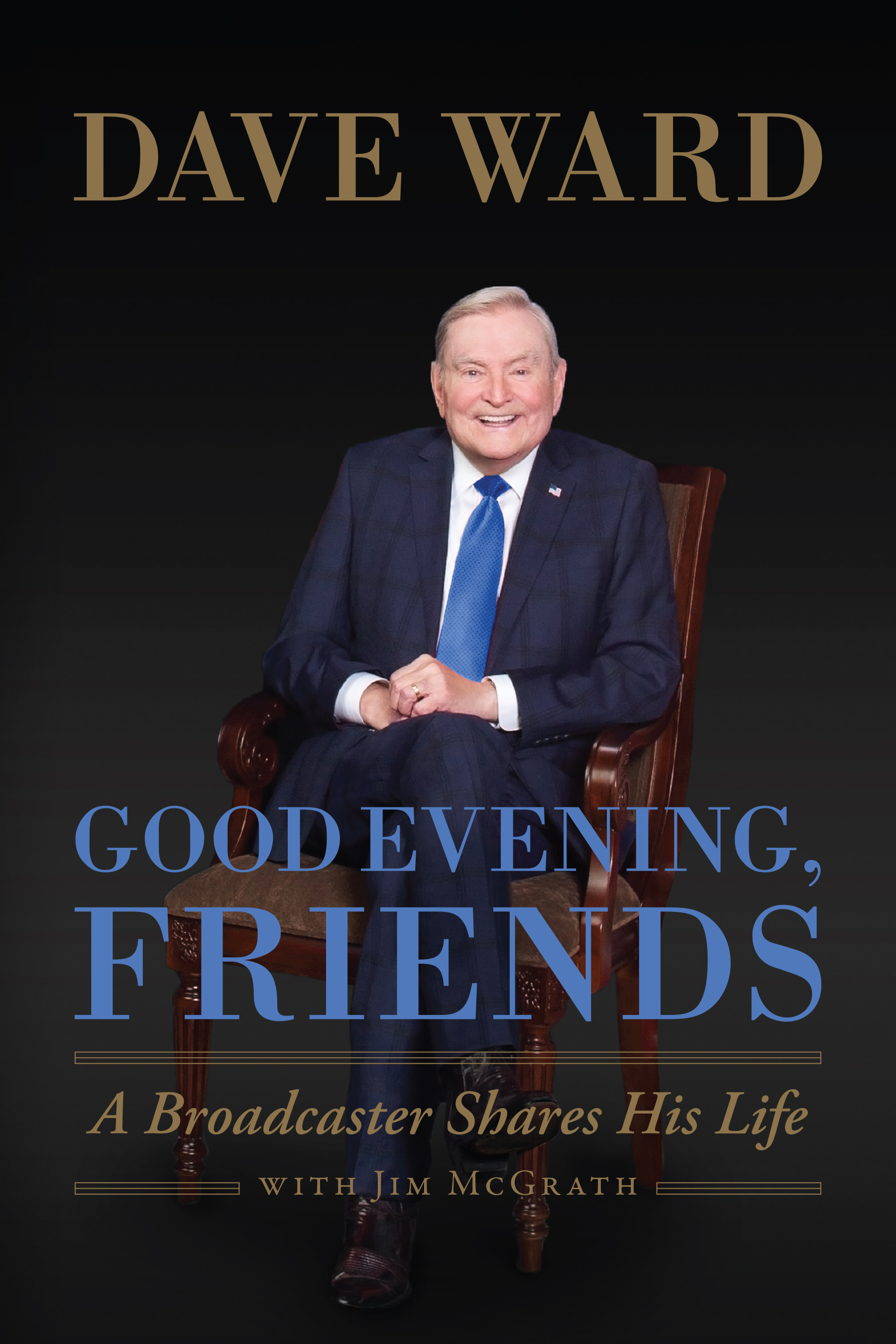 A Broadcaster Shares His Life

In Good Evening, Friends, Houston's iconic Eyewitness news anchor Dave Ward shares his untold personal and professional stories. Known as “the most trusted voice in Houston,” Ward first joined ABC's KTRK-Channel 13 in 1966 and today hosts “Dave Ward's Houston” on ABC13. His journey from a simple life as the son of an East Texas pastor to become a welcome daily presence in the homes of millions of Houstonians unfolds as if it were preordained. As his early love of music and passion for technological innovation combined with his skill for distilling a story to its essence, it became apparent that Ward not only had a gift as a broadcaster but also a talent for riding the waves of change in the industry and emerging ever more beloved by his audience.

In these pages, Ward details a remarkable sixty-year career as a newsman that began before the JFK assassination. He takes readers behind the scenes of America's most successful local news team―revealing his personal history with Marvin Zindler, chronicling the growth and development of the U.S. space program, and providing fascinating play-by-play about life on the road with the Houston Oilers in the “Luv Ya Blue” era. Additionally, Ward details his instrumental role in establishing Houston Crime Stoppers, the city's top non-profit dedicated to public safety, and he opens up about his personal struggles and dramatic brushes with death.

Whether he was covering wars in Vietnam and the Middle East or providing accurate and in-depth coverage of presidential elections and historic natural disasters, Ward has always provided his audience with a clear and unbiased understanding of the news. Now, this long-awaited book captures the spirit of Houston as it presents a candid look at the man who has faithfully investigated its problems and broadcast its stories through almost seventy years of constant change.

Houston’s iconic Eyewitness news anchor Dave Ward first joined ABC’s KTRK-Channel 13 in 1966. Born in East Texas, he worked in radio before moving to television as a reporter. After rising to the role of anchor, he became a daily presence in the lives of millions of Houstonians and is known as “the most trusted voice in Houston.” Ward played an instrumental role in establishing Houston Crime Stoppers, the city’s top non-profit dedicated to public safety, and the organization named their building in his honor. Ward continues as a presence on the air today, hosting the series “Dave Ward’s Houston” on ABC13. He lives in Houston with his wife, Laura. Jim McGrath started his writing career at The White House, working as a staff writer and editor in the Executive Office of the President from 1991 to 1993, and served as ​President and Mrs. George H. W. Bush's post-White House spokesman. Today, he serves as vice president of The George and Barbara Bush Foundation.