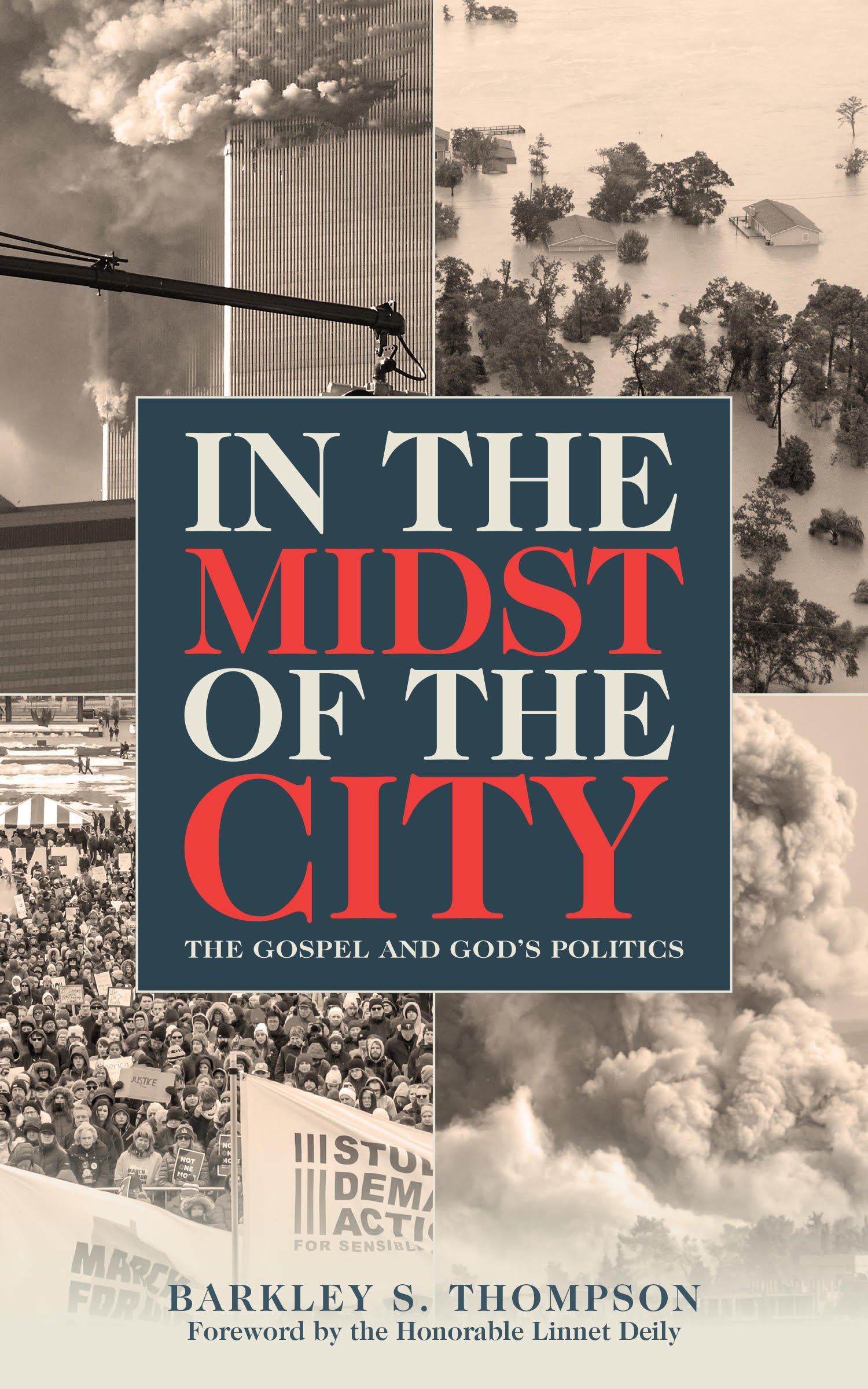 In the Midst of the City

The Gospel and God's Politics

In the Midst of the City makes an elegant, profound connection between religion and politics. Thompson argues that Christian faith and politics are inseparable, and though the Gospel is inherently political, it is not partisan. To embody God's politics, we must first steep ourselves in God's vision for the world embodied in the Gospels, and only then can we act politically. This collection of essays and sermons addresses hot-button social issues of recent years by putting this principle into practice, challenging the reader to live God's politics and to be the vanguard of God's kingdom in the world.

Since February 2013, Barkley serves as the eighth dean and twentieth rector of historic downtown Christ Church Cathedral, the oldest church in Houston, Texas, and the cathedral church of the Episcopal Diocese of Texas. A vibrant, growing parish of 3,000 members, Christ Church has served for more than 175 years as a testament to the presence of God in the midst of the city. Prior to Houston, Barkley served as the rector of St. John’s Episcopal Church in downtown Roanoke, Virginia. Barkley began his vocation as rector of the Church of the Holy Apostles in Collierville, Tennessee (a suburb of Memphis). A “re-start” parish that moved from the city to the suburbs, Holy Apostles grew from 40 to over 400 members and constructed the first new Episcopal church in West Tennessee in over a decade. Barkley is an avid writer and has published essays in The American Journal of Philosophy & Theology, The Journal of Pastoral Theology, The Anglican Digest, The Living Church, and Ratherview. His first book, Elements of Grace, was published in December 2013 by Trinity Books. Barkley also preaches and teaches around the country and serves on interfaith panels with leaders from other religious traditions. Barkley chairs the boards of The Beacon, Houston’s largest empowerment day center for the homeless, and the Hines Center for Spirituality & Prayer. He also serves on the North American Committee for St. George’s College - Jerusalem, the Anglican Center in the Holy Land. Barkley earned a Bachelor of Arts in Philosophy & Religion, magna cum laude, from Hendrix College; a Master of Arts in Religious Studies from The University of Chicago; and a Master of Divinity from The Seminary of the Southwest in Austin, Texas, on whose board of trustees he serves. He is married to Jill, and they have two children.