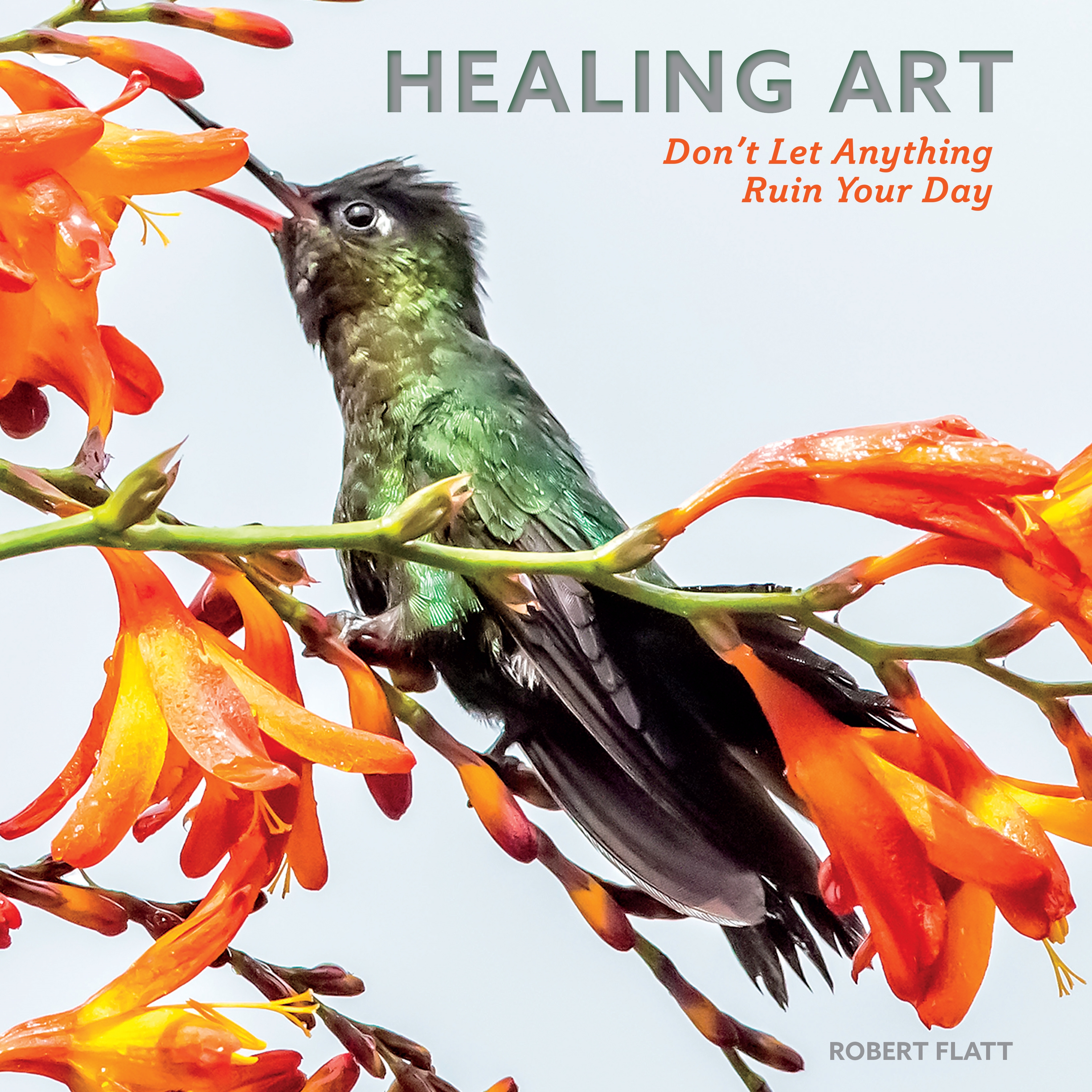 Don't Let Anything Ruin Your Day

Robert Flatt always held the belief that life is good. When he was diagnosed with Parkinson's disease, he refused to let the news alter his fundamental perspective. Robert viewed this unexpected hurdle as an opportunity: the debilitating disease granted him the gift of time to pursue his artistic interests. Through photography, he discovered the beauty in his own backyard and the immense healing power of art. Taking vivid photographs of the wonders he had previously overlooked helped him cope, and he realized the power of the beauty he observed could help others, too. Despite his physical limitations, he began traveling the world to pursue this passion that made him feel so intensely alive. Robert's irrepressible good nature, patience, and undeniable talent have resulted in this collection of images both intimate and grand that showcase the wonders that surround each of us, if we take the time to look and have the right perspective to see. Coupled with Robert's candid, empowering reflections on existence and his illness, the vision of the world revealed in Healing Art urges readers to live in the present, relax, and remember that life is good. Despite the nature of our burdens, if we can focus on an image of beauty today, we have not let our challenges define us. And for another day, we have been fully alive and open to the presence of joy. Could we really ask for more?

Robert Flatt earned his bachelor of arts and masters of science in electrical engineering from Rice University and his MBA from Harvard University. He spent thirty-one years in the oil service industry as an engineer and businessman before he was diagnosed with Parkinson’s disease in 1999. In the wake of his diagnosis, he left Cameron International Corporation and enrolled in photography courses at Rice University to pursue his passion for photography. His ties to his alma mater grew when he became an adjunct professor of the Jones Graduate School of Business Administration. His photographs appear in the permanent collection of the Museum of Fine Arts Houston and have been on permanent display at Rice University, the Katy Prairie Conservancy and many hospitals throughout Houston, including the Neurology Department of the Baylor College of Medicine and Memorial Hermann Hospital. His photography has been selected for exhibition at FotoFest five times since 2008 and for the Houston Center for Photography 32nd Annual Membership Competition. He has self-published two photography books, West Boulevard Night-Herons and Rice’s Owls, which garnered multiple awards. Robert and his wife, Nancy, live in Houston, Texas. They have two children and five grandchildren.