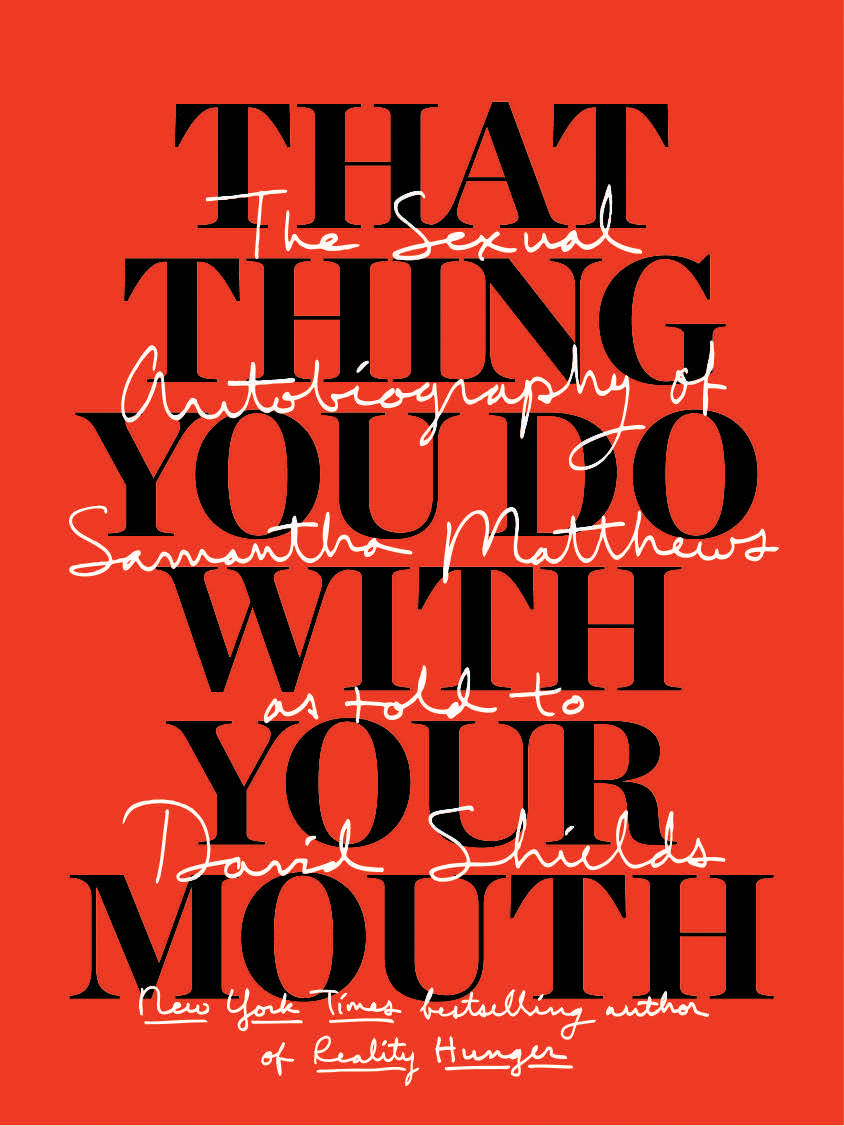 In That Thing You Do With Your Mouth, actress and voice-over artist Samantha Matthews offers—in the form of an extended monologue, prompted and arranged by New York Times bestselling author (and Matthews's cousin once removed) David Shields—a vivid investigation of her startling sexual history. From her abuse at the hands of a family member to her present-day life in Barcelona, where she briefly moonlighted as a dubber of Italian pornography into English, Matthews reveals herself to be a darkly funny, deeply contemporary woman with a keen awareness of how her body has been routinely hijacked, and how she has been "formatted" by her early trauma. Her story is a study of her uneasy relationships with female desire, her tormentors, and her lovers—with whom she seeks out both the infliction and receipt of harm. This book is an attempt, sometimes self-thwarted, to break down barriers: sexual and emotional for Matthews, literary for Shields.

David Shields is the author of twenty books, including Reality Hunger (named one of the best books of 2010 by more than thirty publications); The Thing About Life Is That One Day You'll Be Dead (a New York Times bestseller); Black Planet (a finalist for the National Book Critics Circle Award); and, forthcoming over the next year, War Is Beautiful (powerHouse Books) and Other People (Knopf). I Think You're Totally Wrong: A Quarrel, co-written by Caleb Powell and published by Knopf in January 2015, has been adapted by James Franco into a film that premiered in April 2015 at Vancouver's DOXA documentary film festival. Shields's work has been translated into twenty languages.