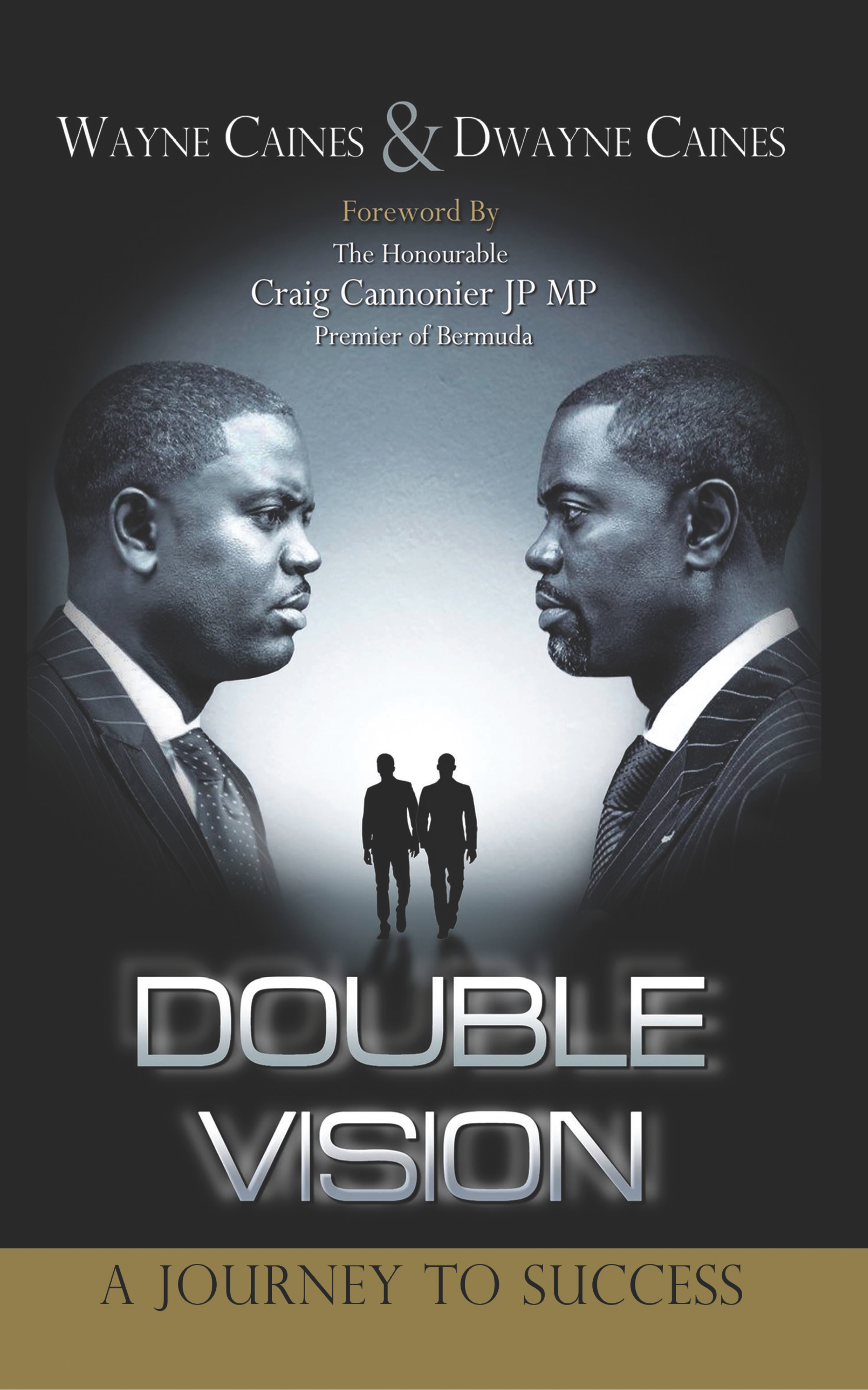 A Journey to Success

Double Vision is a poignant story by twin brothers, Wayne and Dwayne Caines, which chronicles their adventurous journey from childhood to manhood. The book explores the challenges of young men struggling to find their identity and purpose in life. It discusses Wayne’s struggle with dyslexia and Dwayne’s challenges as a teen father. There are many anecdotes and tales of mischief and hijinx. You will laugh and cry as you take the journey with them. It is hoped that through their story, they can bring hope and motivation to someone. Wayne and Dwayne hail from the beautiful island of Bermuda where Wayne is presently the CEO of Digicel Bermuda and Dwayne is the Public Relations Manager for the Bermuda Police Service. These men have traveled throughout the United States, the Caribbean and parts of Africa bringing messages of hope and inspiration. The goal of the book is simple—to motivate young people towards excellence and to encourage them to not allow their past to dictate their future, to encourage parents to never give up on their children and to inspire young men specifically to stay focused and committed and to never lose sight of their dreams.

Wayne Michael Caines is the Chief Executive Officer of Digicel Bermuda and the Former Chief of Staff to the Premier of Bermuda. Wayne has served as a Government Senator in the Ministry of Tourism and Transport and as a Crown Counsel in the Bermuda Department of Public Prosecutions. Wayne’s military experience commenced when he graduated from the Royal Military Academy, Sandhurst; after which he served with distinction as Captain in the Bermuda Regiment. Wayne is married to Maxanne Anderson and they have one daughter, Maxanne II Caines.

Other Titles from Spirit Reign Communication