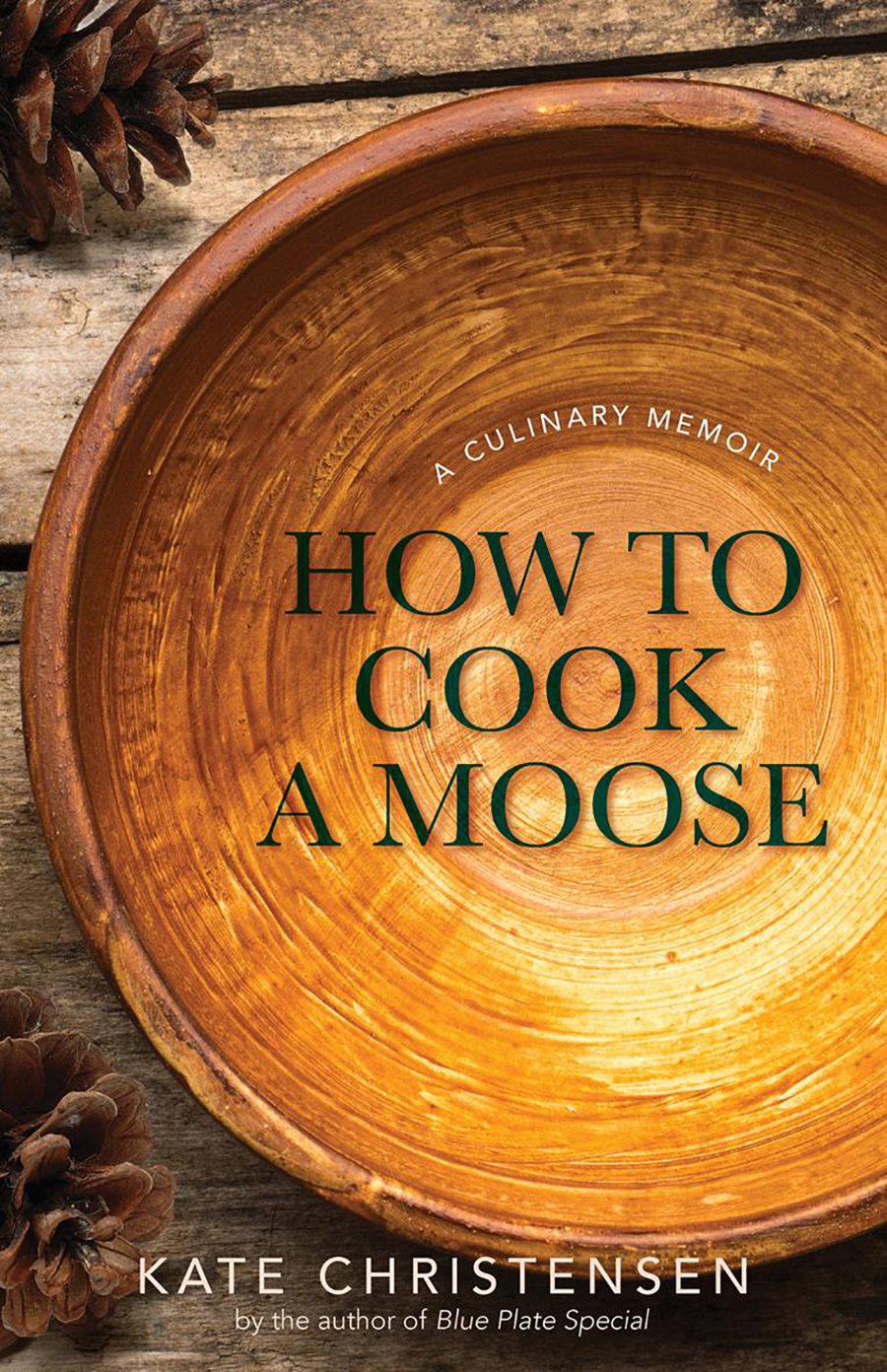 How to Cook a Moose

Inspired by her bold move to Maine and New Hampshire, as well as the slow-food movement that has re-energized sustainable farming, NYT bestselling author Kate Christensen turns her blockbuster talent to telling the story of the hardship and happiness that has sustained her adopted home through thick and thin, as demonstrated through the staple foods of the region. Using her candid blend of humor, insight, culinary knowledge, and taste for rugged adventure, Christensen takes the reader on a journey into the lives and landscapes of the farmers, fishermen, hunters, and families that are trying to make do with what they can and still produce delicious, healthful food, all the while detailing the history of food in the region and the secrets to cultivating her own sources of joy. A mouthwatering stew that combines the magic ingredients of love, personal appetites, hard labor, history, and original recipes based on foods featured in the book.

Kate Christensen is the author of five novels and one memoir. Her novel, The Great Man, appeared on the New York Times Bestseller list and won her the 2008 Pen/Faulkner Award for fiction. Her previous novels are In the Drink (1999), Jeremy Thrane (2001), and The Epicure’s Lament (2004). Her fifth novel, Trouble (2009), was released in paperback by Vintage/Anchor in June 2010. Her sixth novel, The Astral, was published in hardcover by Doubleday in June 2011. Her most recent book, "Blue Plate Special: An Autobiography of My Appetites," was published in July 2013 by Doubleday. She is a graduate of Reed College and the Iowa Writers Workshop. Her essays, articles, reviews, and stories have appeared in many anthologies and periodicals, including The New York Times Book Review, O, the Oprah Magazine, Gilt Taste, Bookforum, Elle, The Wall Street Journal, Tin House, The Wilson Quarterly, The B&N Review, and Fivechapters.com. Her food-related blog, "don't let it bring you down," can be accessed at katechristensen.wordpress.com.