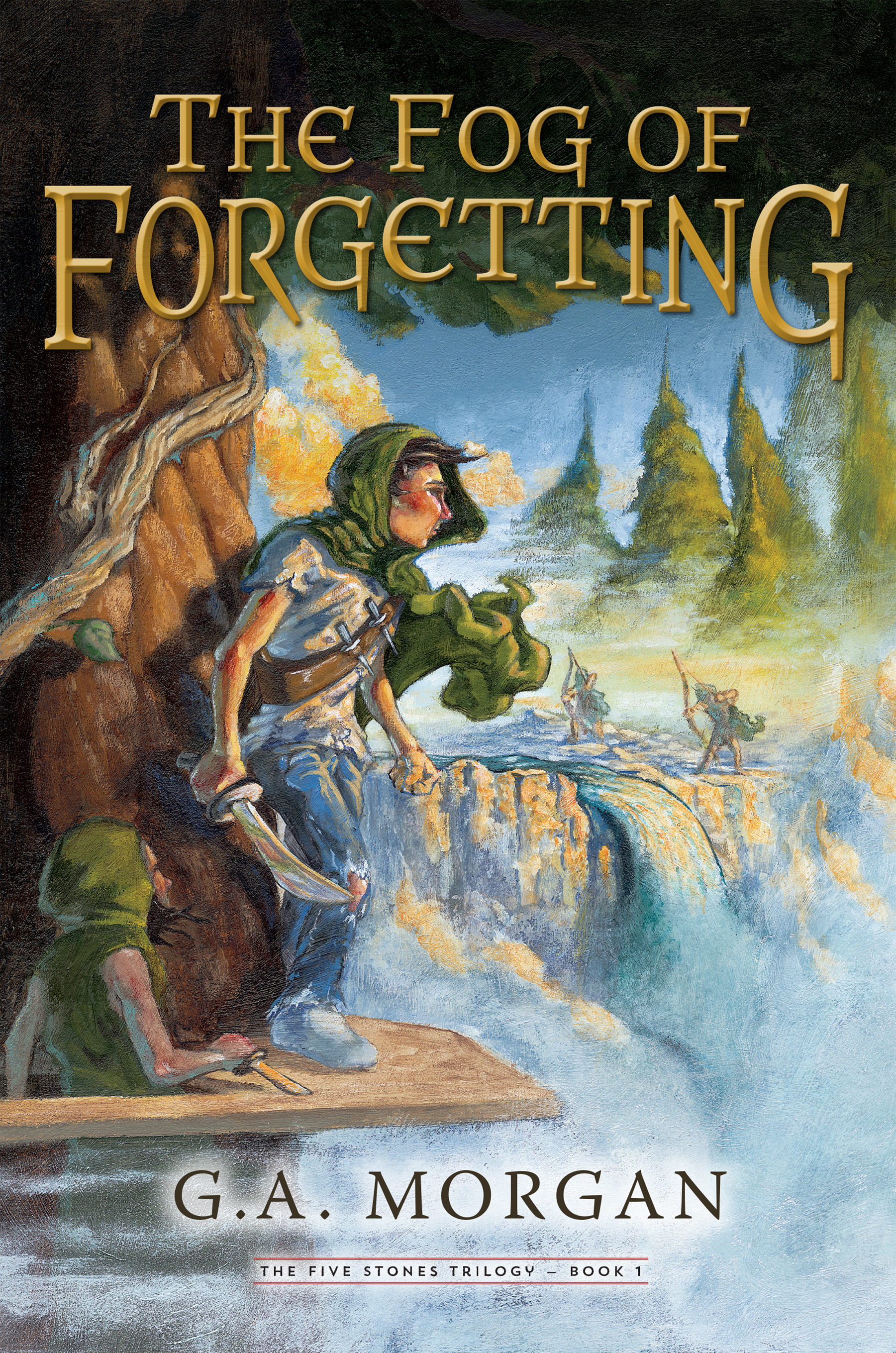 There’s no turning back for the five children in The Fog of Forgetting when they are engulfed in a mysterious and impenetrable fog and washed ashore on an island in the North Atlantic. Their struggle to survive is the epic beginning of a new adventure-fantasy trilogy that will take you on a memorable journey from coastal Maine to worlds unknown, where friend and foe may be the same."The Fog of Forgetting," the first volume in The Five Stones Trilogy, begins at the best of all possible times: the start of summer vacation. For the three Thompson brothers, Chase (13), Knox (11),  and Teddy (6), this means a long drive to Summerledge, their beloved house in Maine, near the village of Fells Harbor. All is as it should be until the sudden appearance of two adopted neighbor girls from Haiti, Evelyn (13) and Frankie (9), a hasty departure of their parents, and a sunny day lead to an unexpected voyage. Before long, the children find themselves beyond familiar waters and engulfed by a curtain of dense fog, beyond which lies a land forgotten and besieged, an island of ancient secrets and terrible history: Ayda. As the children explore their surroundings and meet strange new friends, it becomes clear that they have landed somewhere far from home—and beyond rescue. Crackling with action and suspense, The Fog of Forgetting plumbs the rich territory between realism and fantasy by immersing the reader in an imaginative world that is also natural and recognizable. Funny, gripping and—above all—compelling, The Fog of Forgetting brings together captivating characters, integrated narrative, myth, romance, and mystery for the delight of all, be they a sophisticated ten-year-old boy or a fifty-year-old reader who still remembers what it’s like to be young with the long days of summer ahead.

G. A. Morgan spent all of her summers on an island in Maine, where she discovered that many secrets lie deep in the fog. She has authored several illustrated non-fiction works under her full name, Genevieve Morgan, and is the author of a recent non-fiction book for teens called "Undecided: A Guide to Navigating Life after High School." This is her first work of fiction. She is currently at work on "Chantarelle," the second volume of The Five Stones Trilogy, which will be available Summer 2015.