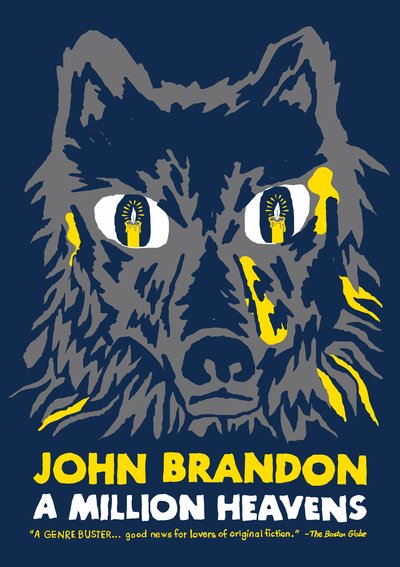 On the top floor of a small desert hospital, an unlikely piano prodigy lies in a coma, attended to by his gruff, helpless father. Outside the clinic, a motley vigil assembles beneath a reluctant New Mexico winter?all watched by a disconsolate wolf on his nightly rounds. To some the boy is a novelty, to others a religion. And above them, a would-be angel sits captive in a holding cell of the afterlife, finishing the work he began on Earth, writing the songs that could free him.

A Million Heavens brings John Brandon’s deadpan humor and hard-won empathy to a new realm of gritty surrealism?a surprising and exciting turn from one of the best young novelists of our time.

John Brandon was raised on the Gulf Coast of Florida. His favorite recreational activity is watching college football. This is his third novel.