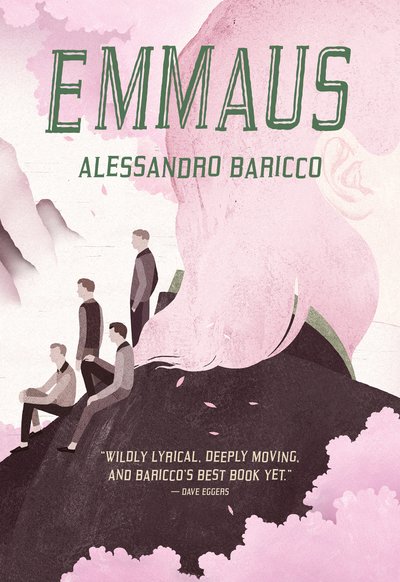 Four teenage boys stand on a bridge in the rain, staring down at a fast-flowing river. They're not talking; they're all thinking about the beautiful and enigmatic Andre?only a few months before, she had piled on every piece of clothing she owned and jumped into the black water below. Since then, the boys have been obsessed with the girl who tried to kill herself?the girl who takes men one after another into the bathroom of the local cinema, and who is forcing these devout Catholic boys to question everything they know about devotion, desire, and sin.

A haunting novel from one of the masters of contemporary European fiction, Emmaus brilliantly evokes the perils and uncertainties of youth.

Ann Goldstein is an editor at The New Yorker. She has translated three novels by Elena Ferrante?The Days of Abandonment, Troubling Love, The Lost Daughter?Clash of Civilizations Over an Elevator in Piazza Vittorio, The Chill by Romano Bilenchi, The Father and the Stranger by Giancarlo de Cataldo, and The Worst Intentions by Alessandro Piperno. Her translation of Linda Ferri's Cecilia is forthcoming in May 2010. She received a PEN Renato Poggioli Translation Award and was a visiting scholar at the American Academy in Rome. She is currently editing the complete works of Primo Levi, for which she received a Guggenheim Translation fellowship. She lives in New York.