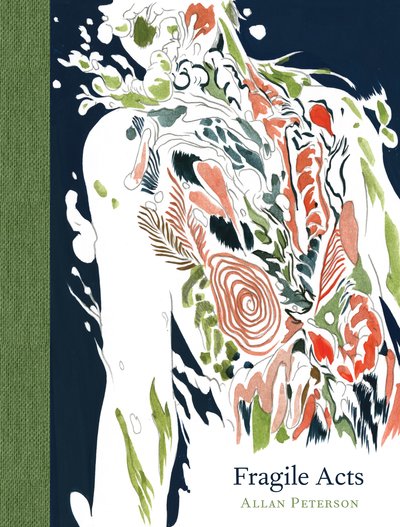 The world is terrifying and exhilarating. Believing firmly in the romantic notion that “embellishment is love,” Allan Peterson in Fragile Acts combines the intellectual force of T.S. Eliot and Wallace Stevens, the ethereal wonder of Robert Hass, and the tight lyric beauty of Elizabeth Bishop and Donald Hall. These steely, wide-ranging poems are at once personal and philosophical, incisive and meditative—funny, serious, compassionate and searching.

Juxtaposing the fast pace of contemporary society with the quiet localism and naturalism of the great American transcendentalists, Peterson's sinewy, muscular collection reveals a profoundly intelligent, curious mind leaping from object to thought to emotion. And yet, poem after poem, Peterson somehow binds seemingly unrelated elements into one stunning whole. You’ll nod your head in reflection one moment and laugh out loud the next. These moving poems are a profound delight to read.

Peterson writes with wondering beauty: “As a child I knew I was sleeping when I began / falling though still furled in my sheets / and I would look over other people’s shoulders / to see what they were reading / the headlines the footnotes / Extra! Extra! / a boy has left his room through a map on the wall.”
And again later, with a sly smile: “When she twirled and slapped / a mosquito and missed, a red sun stayed on her leg throughout / most of the chapter on Self Reliance.”

Allan Peterson has received a National Endowment for the Arts Fellowship, and his work has been nominated for a Pushcart Prize 10 times. His poems have appeared in The Nation, Boston Review, Agni, the Believer, and The Paris Review, as well as several anthologies. Peterson’s 2002 collection, Anonymous Or, won the Defined Providence Press Competition, and his follow-up volume, All the Lavish in Common (2005), won the prestigious Juniper Prize from the University of Massachusetts. He divides his time between Florida and Oregon.