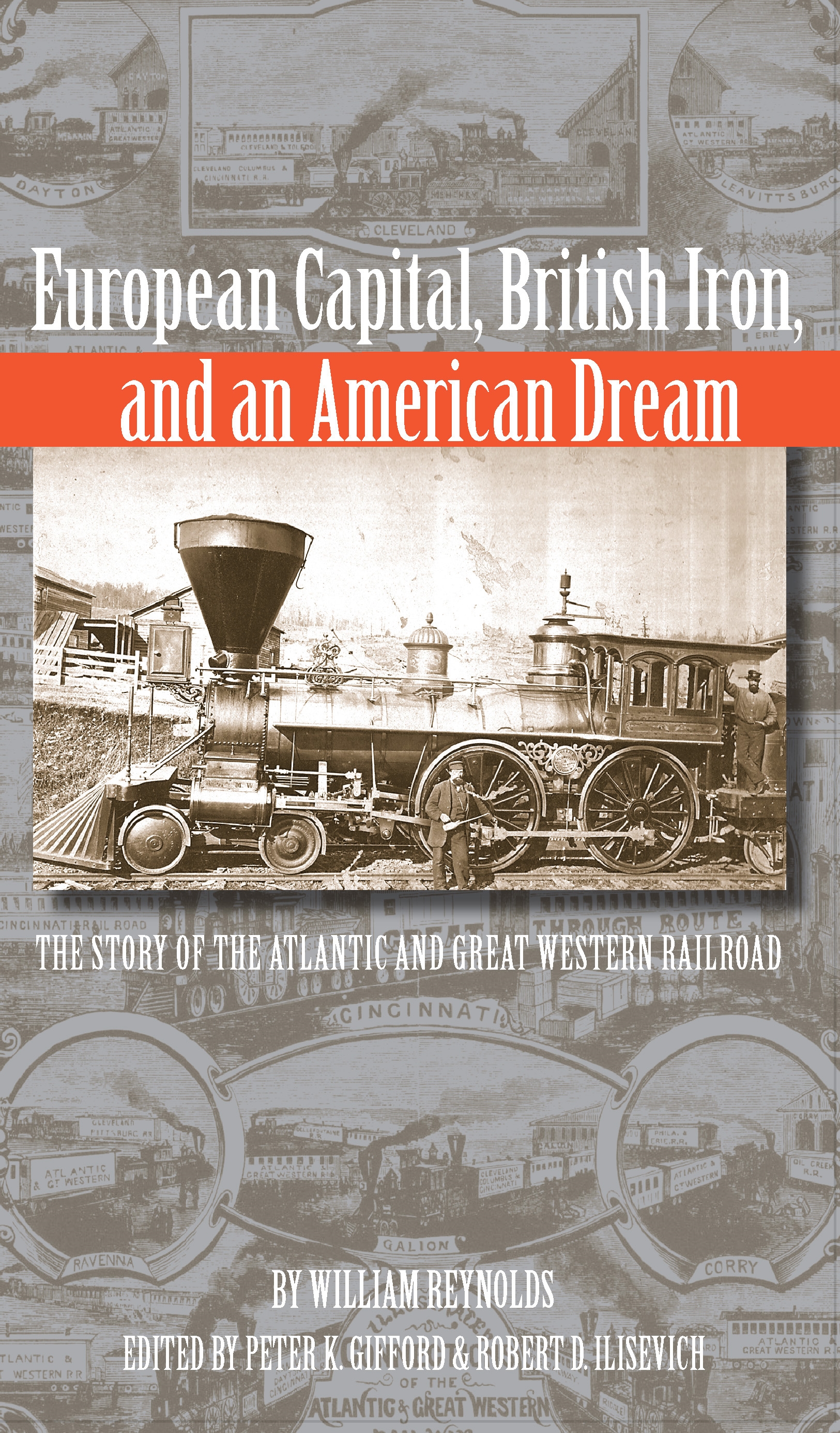 The Story of the Atlantic and Great Western Railroad

The Atlantic & Great Western Railroad was one of the earliest and largest east-west railroad projects in the United States. It was the dream of American builders William Reynolds of Pennsylvania and Marvin Kent of Ohio. By using the non-standard six-foot gauge, these men helped construct a trunk line connecting the Atlantic tidewater with the Mississippi River "without break of gauge." Money for the construction came principally from European investors, like Don Jose de Salamanca of Spain, while Great Britain furnished the iron. A strong English support group included James McHenry, Sir Samuel Morton Peto, and the brilliant engineer, Thomas Kennard. This American-European enterprise represented an unique example of intercontinental cooperation in railroad history. Reynolds was the first president of the Pennsylvania and New York divisions of the A&GW. This published history is the first published source on this important railroad. With a memorable talent for detail and authority, Reynolds demonstrates how difficult it was to build a railroad against a backdrop of the Civil War. The lack of capital and resources, the scarcity of labor, the control of the oil market, and the endless struggle against hostile public opinion and fierce competitors like the Pennsylvania Railroad and the New York Central posed challenges that were not easily overcome. Yet, as Reynolds states, "in the face of all these formidable obstacles, the enterprise was crowned with success."