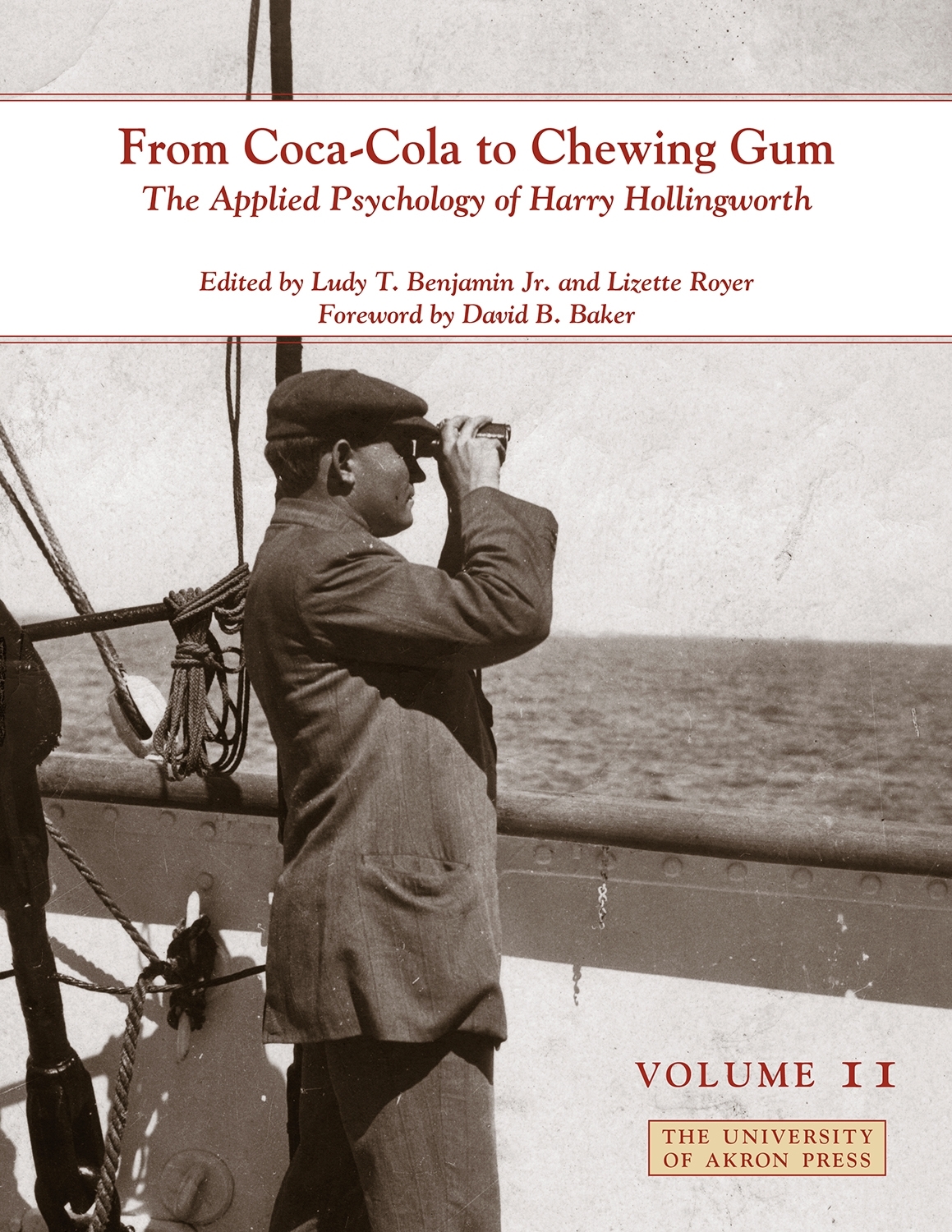 From Coca-Cola to Chewing Gum

Harry Levi Hollingworth was one of the pioneers in the field known today as industrial-organizational psychology. He was the author of more than twenty books and one hundred scientific and theoretical articles. His honors were many, including serving as president of the American Psychological Association in 1927. In 1940, at the age of sixty, and partly initiated by the sudden death of his wife, Hollingworth took stock of his life in an autobiography that focused on his origins and development in rural Nebraska and his subsequent career as a psychologist at Columbia University. For the first time, this autobiography is now available. This book provides an intimate account of the life and career of a very successful applied researcher who claims, in this autobiography, that the applied problems to which he devoted virtually his entire life were never of interest to him and that he did such work only for the money. This book is part of a two-volume set called The Applied Psychology of Harry Hollingworth: Volumes I and II, ISBN 978-1-935603-65-8. Volume I is Roots in the Great Plains, ISBN 978-1-935603-64-1.

Lizette Royer Barton is the reference archivist at the Center for the History of Psychology (CHP). She earned her B.A. in psychology from The University of Akron in 2004 and her M.L.I.S from Kent State University in 2007. She co-edited the first volume of the Center for the History of Psychology Series, Walter Miles and His 1920 Grand Tour of European Physiology and Psychology Laboratories. She has taught courses in the history of psychology and regularly presents her work at national conferences.