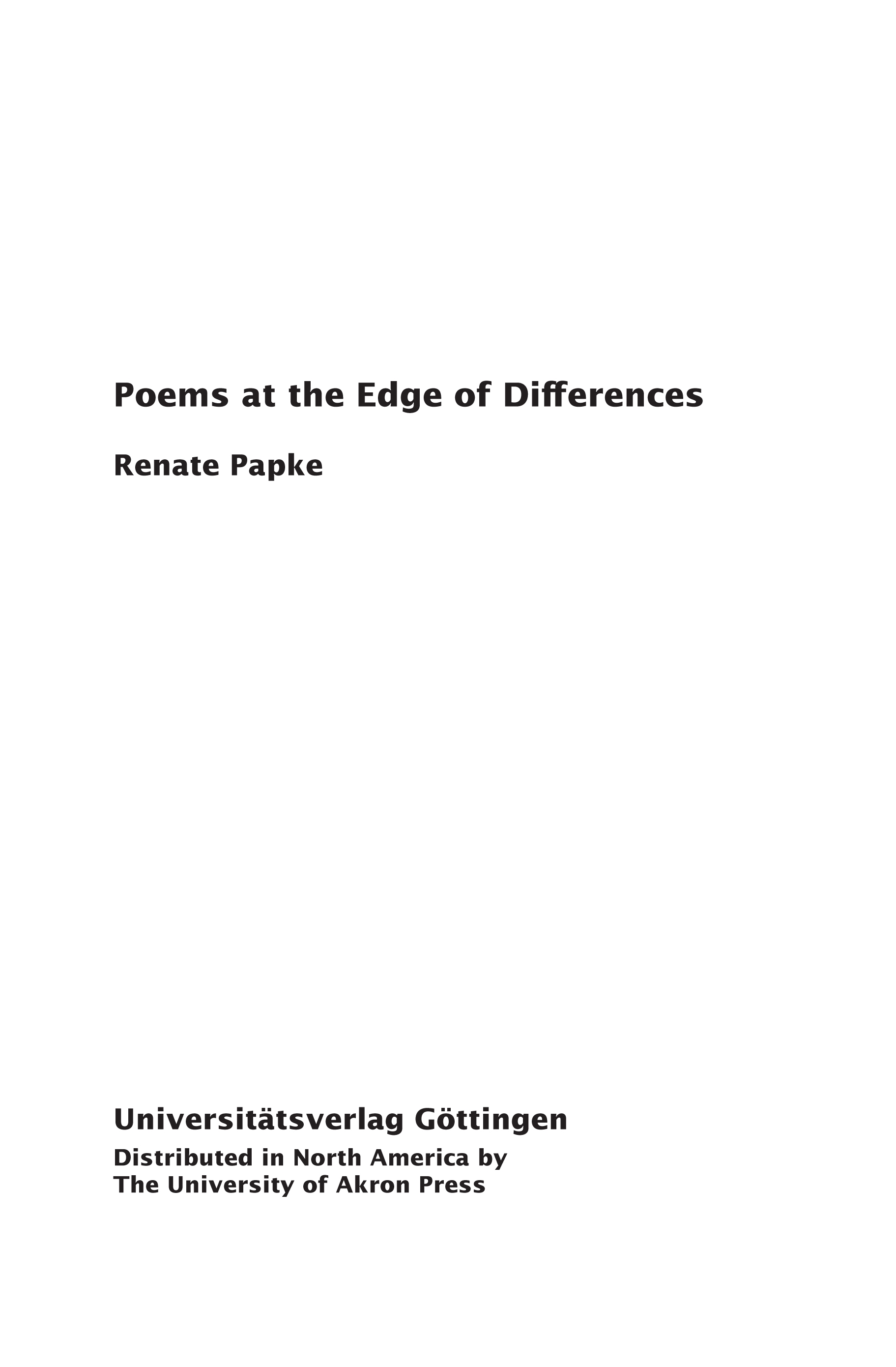 Poems at the Edge of Differences

This study consists of two parts. The first part offers an overview of feminism's theory of differences. The second part deals with the textual analysis of poems about "mothering" by women from India, the Caribbean and Africa. Literary criticism has dealt with the representation of "mothering" in prose texts. The exploration of lyrical texts has not yet come. Since the late 1970s, the acknowledgement of and the commitment to difference has been foundational for feminist theory and activism. This investigation promotes a differentiated, "locational" feminism (Friedman). The comprehensive theoretical discussion of feminism's different concepts of "gender", "race", "ethnicity" and "mothering" builds the foundation for the main part: the presentation and analysis of the poems. The issue of "mothering" foregrounds the communicative aspect of women's experience and wants to bridge the gap between theory and practice. This study, however, does not intend to specify "mothering" as a universal and unique feminine characteristic. It underlines a metaphorical use and discusses the concepts of "nurturing", "maternal practice" and "social parenthood". Regarding the extensive material, this study understands itself as an explorative not concluding investigation placed at the intersections of gender studies, postcolonial and classical literary studies. Most of all, it aims at initiating a dialogue and interchange between scholars and students in the Western and the "Third World".