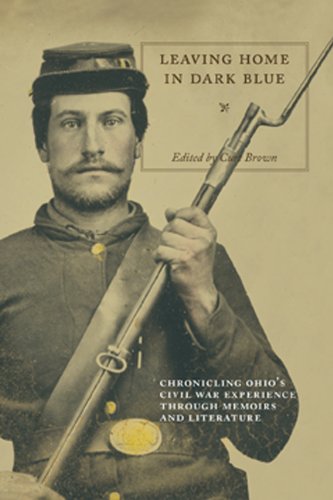 In 2011, the Civil War Sesquicentennial will highlight the events of the War Between the States. Ohio played a major role in the four-year conflict that, for most soldiers, was the grand event of their lives. Ohio regiments were formed, soldiers were conscripted, and battles were fought in places Ohioans didn't know existed. This collection gathers together primary materials from memoirs, newspapers, and literature to trace Ohioans' participation in the war. The collection is built chronologically from the start of the conflict to the return of soldiers after the final battles. When available, participants’ postwar lives are documented.

Curt and Natelle Brown, MA, MFT, are directors of marriage ministry at Wellshire Presbyterian Church in Denver, Colorado, and advisors to the Colorado Marriage Project. They are experienced mentors to engaged couples, marriage coaches to newlyweds, and developers of the Marriage Alive "Before You Say 'I Do'" seminar.