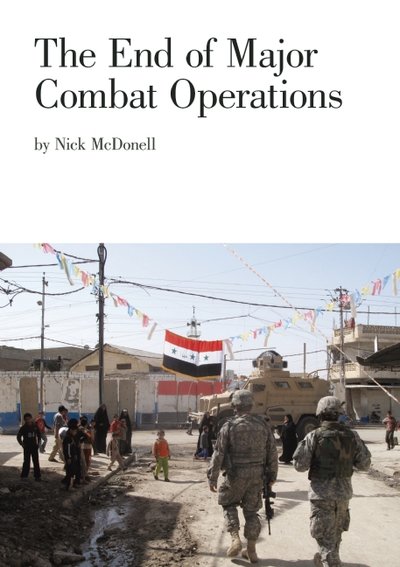 Novelist and Time correspondent Nick McDonell brings this stunning account back from the latest iteration of the War in Iraq?an engrossing, ground-level report on the conflict still unfolding under its second commander-in-chief. Traveling to Baghdad and then to Mosul with the 1st Cavalry Division, McDonell offers an unforgettable look at the way things stand now?at the translators stranded in a country that doesn’t look kindly on their cooperation, at the infantrymen struggling to make something out of the soft counterinsurgency missions they call chai-ops, at the commanders inured to American journalists and Iraqi officials both?and what the so-called ?end of major combat operations” means for where they’re going.

Nick McDonell is the author of three novels, most recently An Expensive Education. He has reported from Africa, the Middle East, and elsewhere for Harper’s, Libération, and other publications.