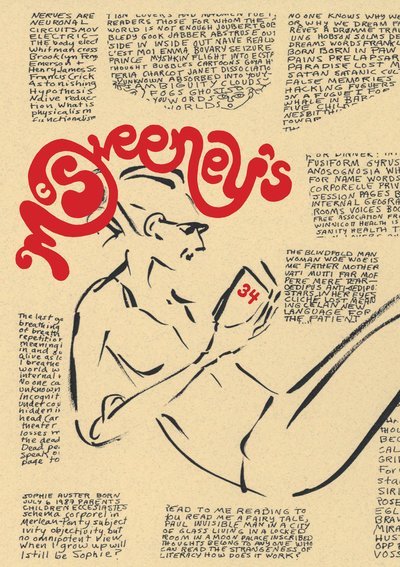 Our laurels went unrested on for this one: Issue 34 features new stories of shipwrecks and kidnappings and bad vacations by (among others) Anthony Doerr, Daniel Handler, and T. C. Boyle, new letters about wine and Hawaii from John Hodgman and Sarah Vowell, twenty-one dead-on self-portraits drawn by the likes of Michael Martone, Michel Gondry, and Sarah Silverman, and, beyond all this, in a standalone volume, Nick McDonell's stunning exploration of the latest iteration of the war in Iraq?a ground-level account from within the 1st Cavalry Division. The whole thing weighs in at just under 400 pages, and comes in its own custom-made double-sleeve. It is, without a doubt, a beaut.