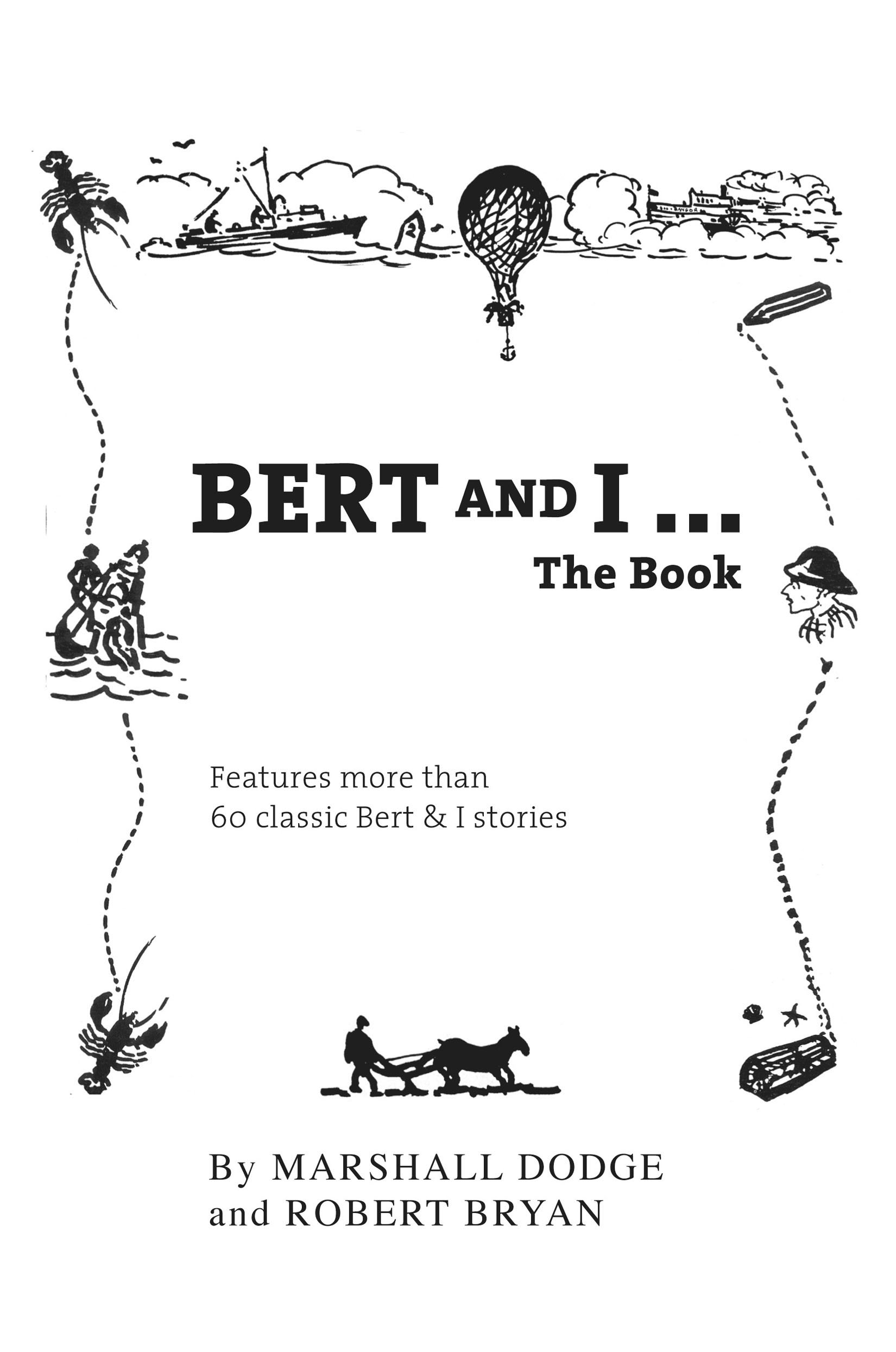 Bert and I … The Book features more than sixty classic stories from the legendary storytellers Marshall Dodge and Robert Bryan, the godfathers of Down East humor, who together created the now-iconic “Bert and I” stories starting in the 1950s. The characters everyone loves and remembers are all here: Bert and his fellow fisherman known only as “I”, Gagnon, the World Champion Moose Caller, Virgil Bliss, Arnold Bunker, Kenneth Fowler, Camden Pierce, Harry Whitfield, and more. The stories in this book are drawn from five “Bert and I” albums recorded over nearly two decades, including from what is perhaps the most important comedy album in New England history, the seminal Bert and I … And Other Stories from Down East. The book also includes the first complete “Bert and I” discography, including original album art and liner notes, as well as an introduction by Rebecca Rule, a New Hampshire author and storyteller (Live Free and Eat Pie, Headin’ for the Rhubarb!) who writes and performs in the grand tradition of “Bert and I.”