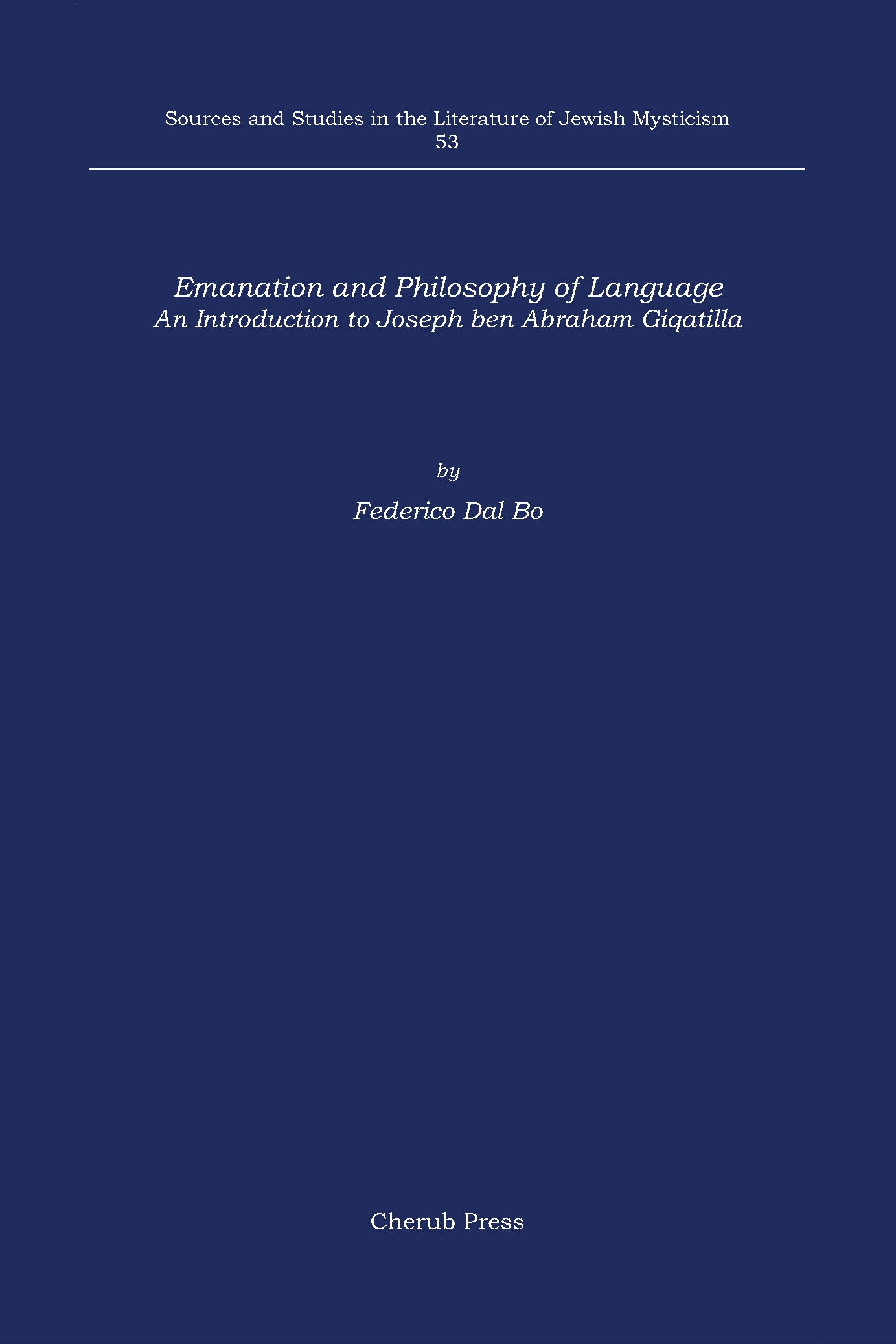 Emanation and Philosophy of Language

Rabbi Joseph ben Abraham Giqatilla (1248 – c. 1325) is considered the most representative figure of a stream of Jewish mysticism devoted in particular to the investigation of the mysteries of the divine names. Giqatilla believes that any appellative which Scripture attributes to God represents the very matrix of the universe. The present monograph intends to provide a comprehensive illustration of his thought, his Rabbinical education, and his relationship with other prominent qabbalists in thirteenth-century Spain—Abraham Abulafia and Moshe de Leon. Most of the previous scholarship shares the problematic assumption that there would be a dramatic distinction between an 'early' and 'later' Giqatilla and that this would have reverberated into form, style, and content. On the contrary, the present monograph maintains the fundamental assumption that specific differences between the young and older Giqatilla shall not rule out the possibility of reading his entire speculation in a unitary, evolutionary perspective. Therefore, it argues that here are three periods in Giqatilla's speculation—a 'philosophical' one, a 'theosophical' one, and a 'theological-political' one.

Uninsured shipments are sent at customer’s risk. Other forms and pricing is available for insured shipping. Please do not use an Institute or university address as many packages are lost and regular shipping is not insured. Before ordering, please note the language of the book as described below in each entry as all sales are final. Prepayment Required. Payment must be made in US dollars by Credit Card of Check with Computer readable routing numbers drawn on a US bank. All sales are final and subject to the policy, terms and conditions set out by Bookmasters for Cherub Press. Shipments are not insured unless requested. Cherub Press is not responsible for any losses occurring in transit whether by postal services, or private carriers. Shipments are sent at customer’s risk. All claims for damaged books must be reported to Bookmasters within 5 days of receipt of shipment at 1-800-247-6553. Customer must retain all original packaging. Other claims are not considered if made more than 60 days from date of order.