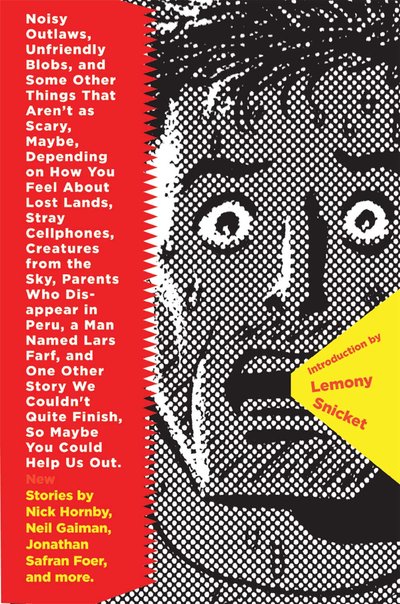 Noisy Outlaws, Unfriendly Blobs, and Some Other Things . . .

That Aren't as Scary, Maybe, Depending on How You Feel About Lost Lands, Stray Cellphones, Creatures from the Sky, Parents Who Disappear in Peru, a Man Named Lars Farf, and One Other Story We Couldn't Quite Finish, So Maybe You Could Help Us Out

Interspersed with charts, graphs, and various crossword puzzles, A Book of Noisy Outlaws, Evil Marauders, and Some Other Things . . . features some of today's best authors spinning new tales ranging from the spooky to the strange. George Saunders tells the story of a father who takes caution to dangerous extremes in "Lars Farf, Excessively Fearful Father and Husband." In "ACES by Phone," a small boy finds a cell phone that lets him listen in on the thoughts of dogs, and in "Small Country," Nick Hornby introduces a country too small for a postal system but, unfortunately for one bookish boy, just big enough for a football team. Each story features full-color illustrations by artists including Barry Blitt, Lane Smith, David Heatley, and Marcel Dzama.