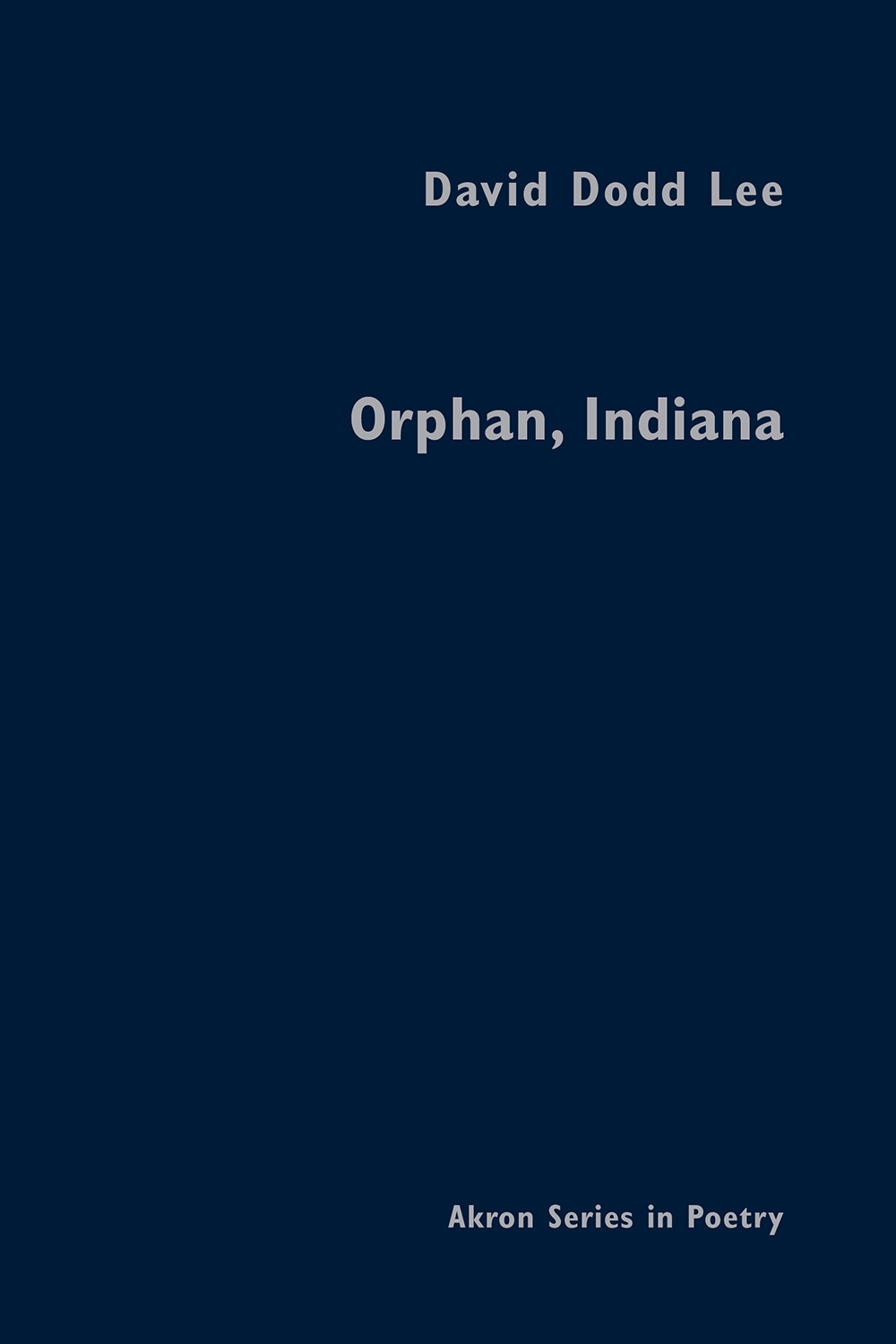 Orphan, Indiana is a collection of spontaneous outbursts framed by reticence and the guiding mania of the subconscious. Profane and poignant, accidental-seeming but soaring with satirical intent, David Dodd Lee's poems capture a verisimilitude that's phenomenological, and yet of the moment.

David Dodd Lee's is the author of The Nervous Filaments (Four Way Books 2010), as well as Orphan, Indiana, forthcoming from University of Akron Press, and Sky Booths in the Breath Somewhere: Ashbery Erasure Poems (BlaxeVox 2010). His last book, Abrupt Rural (New Issues), was published in 2004. Recent poems have appeared in Blackbird, Hayden's Ferry Review, Pool, Denver Quarterly, Slope, Pleiades, Laurel Review, Nerve, and Massachusetts Review. He is the editor of the annual poetry and fiction anthology, SHADE, published by Four Way Books. He is also the publisher of Half Moon Bay poetry chapbooks, which include titles by Franz Wright and Hugh Seidman. In the past he has served as poetry editor at Third Coast and Passages North. He has worked as a park ranger, a fisheries technician, and a journalist. He teaches creative writing at Indiana University, South Bend.