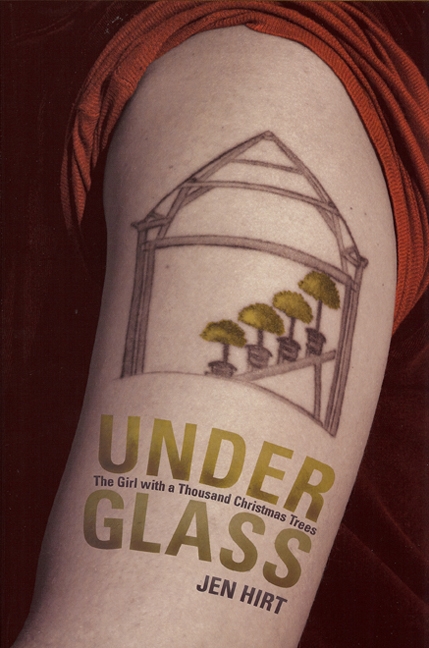 The Girl with a Thousand Christmas Trees

According to Chrissie Hynde of the Pretenders, when she went back to Ohio, her city was gone. For Jen Hirt, her Strongsville, Ohio, greenhouses were gone. Her ancestry, bloodlines, memories, and her complete identity were replaced by a large-chain pharmacy store. Four generations taken away by the wrecking ball; fourteen greenhouses dismantled and shattered. Under Glass traces the rise and fall of the family business and the family itself. Hirt is the girl with a thousand Christmas trees growing up surrounded by life and vitality. She is the greenhouse filled with hope and growth. Then the rubble sets in. Financial pressures, a brutal divorce, and the demolition of her past, literally. The story is Hirt's memoir told with poignancy and honesty

Jen Hirt is an instructor in humanities and English at Penn State Harrisburg. A native of Ohio, she lived in Idaho from 2001 to 2006, where she completed her MFA in creative writing at the University of Idaho. Her work has appeared in The Heartlands Today, The Briar Cliff Review, Touchstone, and Flyway. Hirt also works as a freelance writer, editor, and proofreader.