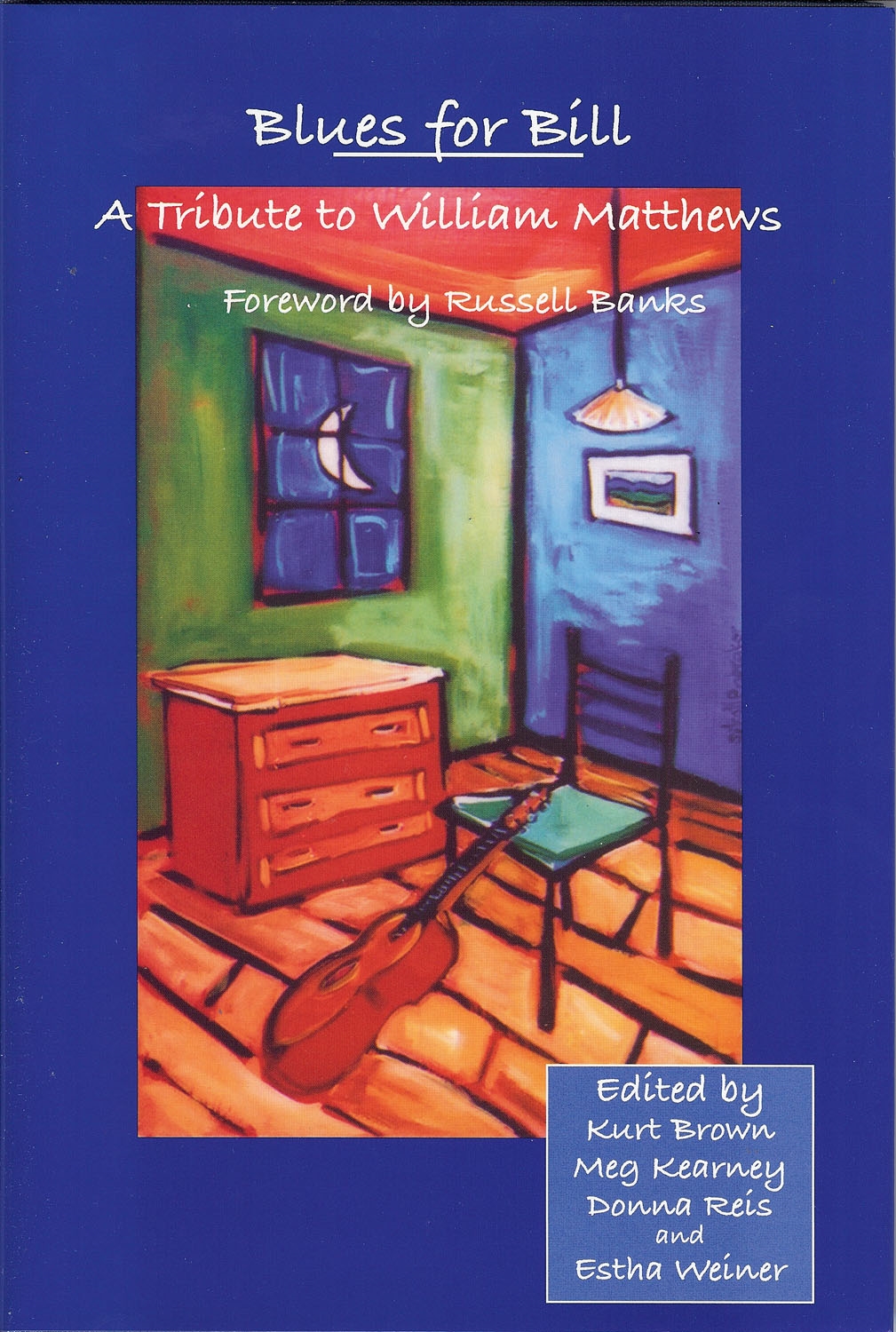 Blues for Bill was born out of the desire to perpetuate the memory of our dear friend and teacher, Bill Matthews. Bill's work will last without our help, of course, but what of our memories of Bill himself? This collection of poems ensures that the world will remember his graciousness, intelligence, knowledge, style, good humor, capacity for friendship, immense talent and wit. It's Bill himself this anthology memorializes, the character and soul of this most unique man. The poems included were written by people who knew Bill in a variety of ways, under myriad circumstances: as friend, both old and new; as mentor and teacher; as colleague; as father. The book's introduction was penned by Bill's long-time friend, Russell Banks. Many of the contributors' names will be familiar, such as Sharon Olds, Stanley Plumly, Dave Smith, Henry Taylor, David Wojahn, Susan Wood, and Baron Wormser; others are perhaps not as well known, but their poems are remarkable, true testaments to Bill.

Kurt Brown is the author of three full-length collections of poetry: Return of the Prodigals, More Things in Heaven and Earth, and Fables from the Ark. A fourth collection, Future Ship, is due out in 2005. The editor of six anthologies of poetry and essays, he teaches creative writing at Sarah Lawrence College in Bronxville, New York. Meg Kearney's book of poetry, An Unkindness of Ravens, was published in 2001. Her collections of poems for teens, The Secret of Me, will be published in 2005. Her work has appeared on Poetry Daily and in numerous anthologies, including Urban Nature and The Poets' Grimm. She has taught poetry at The New School University, and was associate director of the National Book Foundation for more than 10 years. She is now director of the Solstice Creative Writing Programs of Pine Manor College in Chestnut Hill, Mass. Donna Reis's nonfiction book, Seeking Ghosts in the Warwick Valley, was published in 2003. She received her M.A. in creative writing from the City College, City University of New York, where she studied with William Matthews. Her poetry, articles, essays, and criticisms have appeared in numerous magazines, including The American Book Review, A Gathering of the Tribes, Cumberland Poetry Review, Hudson Valley Magazine, and Hanging Loose. Estha Weiner's poems have appeared in the anthologies Never Before, The Poets' Grimm, and Summer Shade, and in such publications as The New Republic, Barrow Street, Rattapallax, Brilliant Corners, and Lit. A finalist for