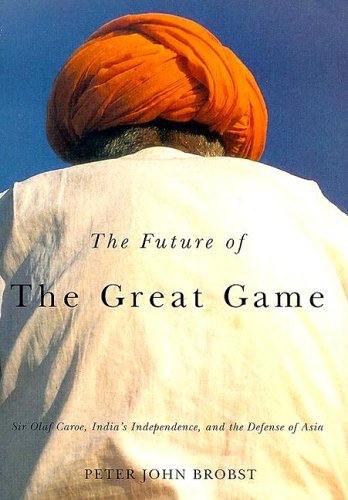 The Future of The Great Game

Sir Olaf Caroe, India's Independence, and the Defense of Asia

The Great Game originally described Britain's efforts to maintain India as a base from which to defend the Persian Gulf and Southeast Asia against rival empires. As British India's leading geostrategist during the end of imperial rule, as well as the last British governor on the Afghan frontier, Sir Olaf Caroe saw the future of the Great Game. He predicted with remarkable acuity how the struggle for mastery in South Asia's borderlands would play out beyond the end of the Raj. In the aftermath of 9/11, much as Caroe foretold, flashpoints continue to light up from Afghanistan and the Persian Gulf to Nepal and Burma; threats range from terrorism and insurgency to naval expansion and nuclear rivalry. India commands the vital center, its power key to the overall stability and defense of Asia. This book examines Caroe's thinking to illuminate both the geopolitics behind India's independence in 1947 and the historical precedents of contemporary South Asian strategy.

Peter John Brobst is assistant professor of history at Ohio University in Athens, Ohio. He specializes in British imperial and contemporary international history. He received his Ph.D. from the University of Texas at Austin.