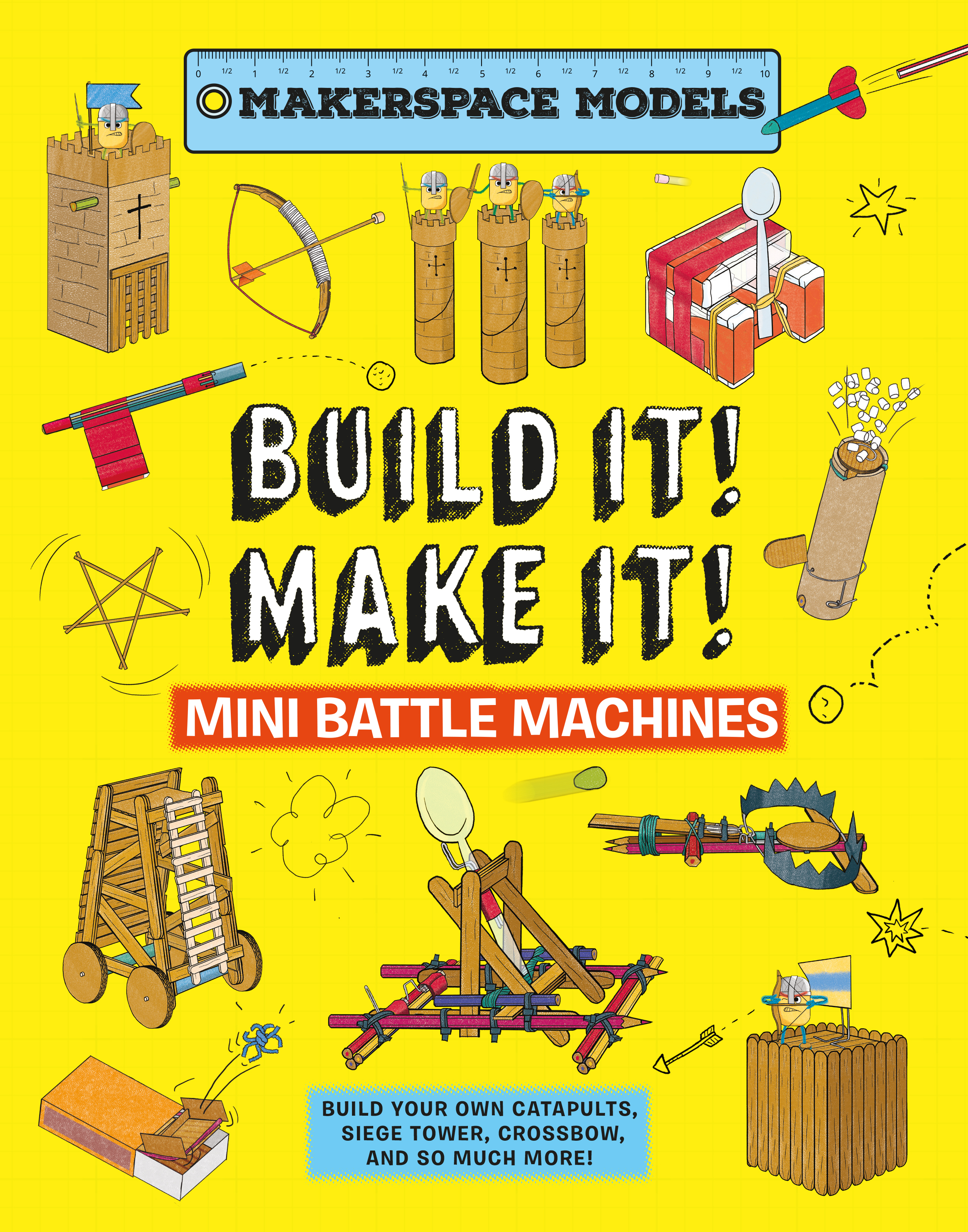 Transform your kitchen table into a battle ground with working mini models of historic battle machines. Make your own medieval battlements and towers, then prepare to defend your castle with mini-launchers and siege engines. Get ready to trick your friends with sneaky traps and triggers. You can make…

…and much more! All you need are some simple household items. Mini Battles is packed with fun illustrations, clear step-by-step instructions and helpful tips. What’s more, each project comes with bitesize facts explaining how the weapons and defences were used through the ages. So, what are you waiting for? Let battle commence!

Rob Ives is a UK-based designer and paper engineer. He began making cardboard models as a maths and science teacher, then was asked to create two books of models. His published titles include Paper Models that Rock! and Paper Automata. He is also the author of Build It! Make It! a recent title from Beetle Books. He specializes in paper animations and projects, and often visits schools to talk about design technology and demonstrate his models.

John Paul de Quay is an illustrator with a BSc in Biology from the University of Sussex, UK, and a postgraduate certificate in animation from the University of the West of England. He devotes his spare time to growing chilli peppers, perfecting his plan for a sustainable future, and caring for a small plastic dinosaur. He has three pet squid that live in the bath, which makes drawing in ink quite economical…