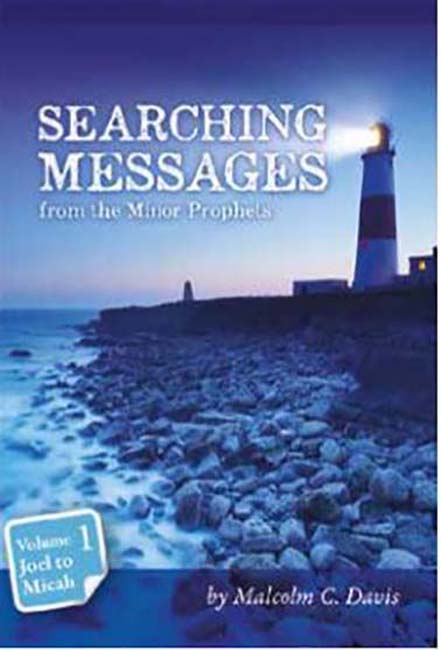 Searching Messages from the Minor Prophets

The aim of this book is to present to readers, both Christian and non-Christianthe five rather different messages which the so-called Bible Study ‘Minor Prophets’ Joel, Amos,Obadiah, Jonah, and Micah preached to their Israelite contemporaries, mostly in the eighth century BC, in the conviction that they are still very relevant to us today inthe twenty-first century AD. The messages are very searching, because they relate to our conduct in daily life today, and speak of our spiritual destiny. They are also very revealing, since they speak both of God’s interventions in the history of ancient Israel,and of His further plans for them and the whole world, probably in the near future. In some of them Christ is clearly predicted to hold the key to Israel’s final blessing, while in others we can learn valuable lessons for Christian life and service. These messages are divinely-inspired to guide us safely through the dangers all around us today intothe safety of God’s heavenly harbour. To ignore them is disastrous. After a General Introduction, each book is introduced individually, then followedby a concise commentary on every chapter in it. The historical background of eachis described, as is its outline analysis, but most is said concerning its main message for the original readers and for us today.

Malcolm Davis, raised in a Christian home, first trusted Christin June 1951, and was baptised in January 1956. Graduating from Oxford University in Classics and Hebrew, he workedas a librarian in Cambridge and Leeds University Libraries,where he catalogued many Hebrew Bible manuscripts, otherJewish books and manuscripts, and various archives. Since June 1980, he and his wife Ruth have been active members of Harehills Assembly, Leeds. He has written six published academic library catalogues, and nine other concise commentaries on books of Scripture, besides contributing many articles to several Christian magazines and collections of daily readings?