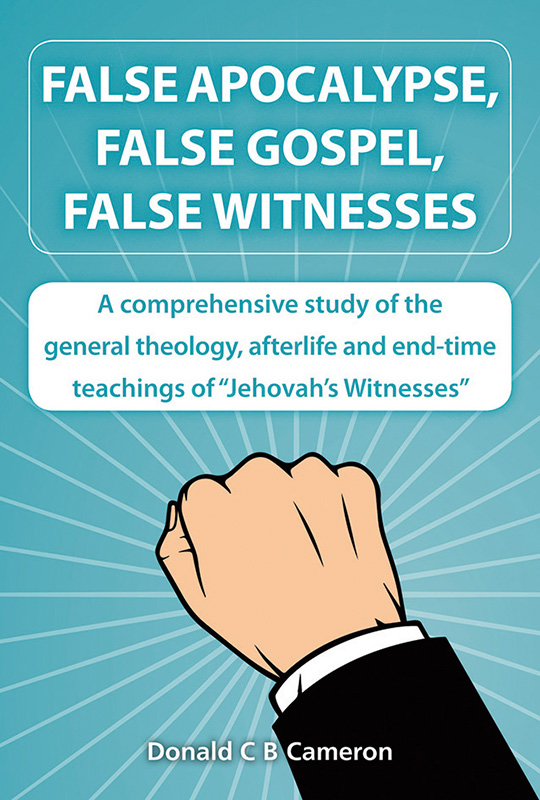 A comprehensive study of the teachings of Jehovah's Witnesses

Since the age of thirteen, Donald Cameron has been interested in Bible prophecy. He has often preached on the Lord's return, sometimes in places unaccustomed to such teaching. He is convinced that there is a hunger to know more, especially in these uncertain times, when church credibility is being undermined from within. He and his wife have lived in many places in Britain and elsewhere and have been involved in a variety of evangelical circles. He was chairman of the Christian Union whilst at Teacher Training College and became in Army Education Officer. Later he was a staff development trainer and consultant with a multi-national company. He has two honours qualifications in Russian and a PhD in Israelology. He has written two full length books, several booklets and numerous articles on prophecy. He served on the Council of the Soldiers' and Airmen's Scripture Readers' Association for ten years and is currently on the Council of Prophetic Witness Movement International.