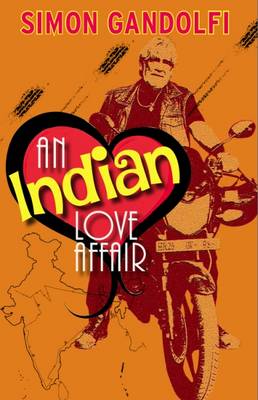 A Septuagenarian Odyssey from Taj to Taj

In the early 1960s, travel-writer Simon Gandolfi drove a VW from England to Goa where he rented a bungalow on the beach at Calangute. It was here that Gandolfi met and loved Vanessa and explored with her much of the subcontinent. The 2008 terrorist attack on the Taj Hotel in Mumbai prompted Gandolfi to re-explore the subcontinent on a small motorcycle. Collecting a Honda 125 from the factory outside Delhi, he rode for six months and 12,000 kilometers. This memoir chronicles his two journeys in which Gandolfi explores both the changes in modern India and in himself.

Simon was born in London in 1933. After military service served as a subalten in the 16th/5th Lancers, at the age of 18, early friendships with the co-directors of the cult movie, Performance introduced him to the wider world of the arts, and actor Antony Quail encouraged him to write his first novel, Even With The Shutters Closed. He has been privileged in making writing and travel his primary occupations in has been fortunate in living in and experiencing a variety of cultures: Spain/Ibiza, Greece, France, Afghanistan and the Indian subcontinet, the Dominican Republic and, finally, Cuba for four years before returning to his cottage in Herefordshire.