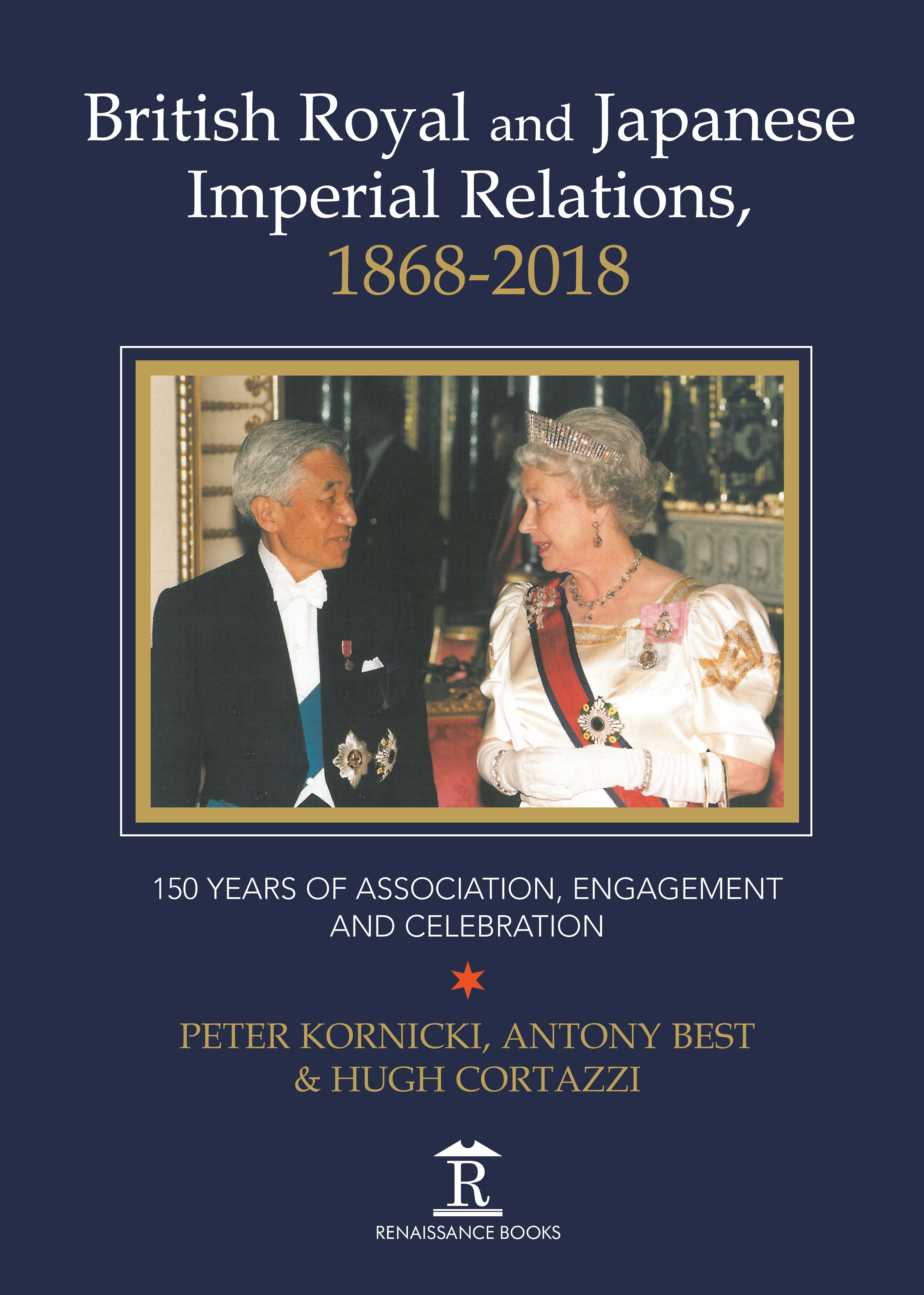 150 Years of Association, Engagement and Celebration

This new scholarly study examines the history of the relations between the British and Japanese monarchies over the past 150 years. Complemented by a significant plate section which includes a number of rarely seen images, as well as a chronology of royal/imperial visits and extensive bibliography, British Royal and Japanese Imperial Relations, 1868-2018, will become a benchmark reference on the subject. The volume is divided into three sections. Part I, by Peter Kornicki, examines the ‘royals and imperials’ history during the Meiji era; Part II, by Antony Best, examines the first half of the twentieth century; Part III, by Sir Hugh Cortazzi, focuses on the post-war history up to the present day. Published in association with the Japan Society, its appearance marks the abdication of Emperor Akihito and the enthronement of Crown Prince Naruhito in May 2019. It is also a memorial volume to the late Sir Hugh Cortazzi who died in August 2018, shortly after completing his own contribution to the volume.

Peter Kornicki retired as Professor of Japanese at the University of Cambridge in 2014. He had been teaching at Cambridge since 1985 and he served for eight years as the Deputy Warden of Robinson College. He was also president of the European Association for Japanese Studies in 1997-2000. He is the author of numerous books and articles, most recently Languages, Scripts, and Chinese Texts in East Asia (Oxford: Oxford University Press, 2018). Antony Best is an Associate Professor in International History at the London School of Economics. His most recent single-authored book is British Intelligence and the Japanese Challenge in Asia, 1914-1941 (Basingstoke: Palgrave 2002), and he is one of the co-authors of International History of the Twentieth Century and Beyond, 3rd edition (London: Routledge, 2015). Hugh Cortazzi was British ambassador to Japan between 1980 and 1984 and chairman of the Japan Society between 1985 and 1995. He wrote, edited and contributed to many books and chapters on the history of modern Japan and on Anglo-Japanese relations. His most recent book (co-edited with Antony Best) was British Foreign Secretaries and Japan 1850-1990: Aspects of the Evolution of British Foreign Policy (Folkestone: Renaissance Books, 2018).