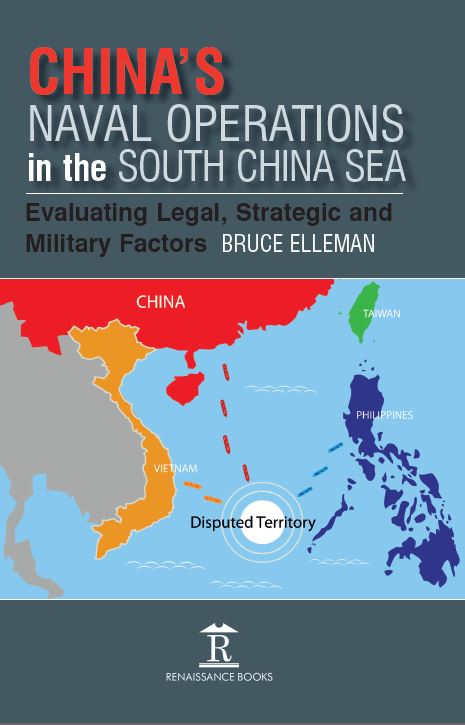 This book provides a history of the South China Sea conflict and lays out the stakes for each of the bordering states and China’s interaction with them – namely, Vietnam, the Philippines, Brunei, Malaysia, Taiwan, and Indonesia; it also examines the U.S. government’s role in the region. China’s Naval Operations in the South China Sea is highly topical; it examines the evolving perception of the People’s Republic of China’s (PRC) of the South China Sea (SCS), and Beijing’s accompanying maritime strategy to claim the islands and waters, particularly in the context of the strategies of the neighbouring stake-holding nations. In addition to long-standing territorial disputes over the islands and waters of the SCS, China and the other littoral states — Vietnam, the Philippines, Brunei, Malaysia, Taiwan, and Indonesia — have growing and often mutually exclusive interests in the offshore energy reserves and fishing grounds. Many other countries outside of the region worry about the protection of sea lines of communication for military and commercial traffic, oil tankers in particular. These differences have been expressed in the increasing frequency and intensity of maritime incidents, involving both naval and civilian vessels, sometimes working in coordination against naval or civilian targets. Each chapter on the littoral states closely examines that state’s territorial claims to the islands and waters of the SCS, its primary economic and military interests in these areas, its views on the sovereignty disputes over the entire SCS, its strategy to achieve its objectives, and its views on the U.S. involvement in any and all of these issues.

Bruce A. Elleman is William V. Pratt Professor of International History in the Center for Naval Warfare Studies, US Naval War College, with a MSc in International History from LSE (1985) and a PhD in History from Columbia University (1993). His specialisation includes Chinese, Japanese, and Russian history, East Asian international relations, Sino-Soviet diplomatic history, and Chinese military history. He is the author of Diplomacy and Deception: The Secret History of Sino-Soviet Diplomatic Relations, 1917–1927 (1997); Modern Chinese Warfare, 1795–1989 (2001, translated into Chinese); Wilson and China: A Revised History of the Shan­dong Question (2002); plus co-editor, with Stephen Kotkin and Clive Schofield, of Beijing’s Power and China’s Border: Twenty Neighbors in Asia (2013).