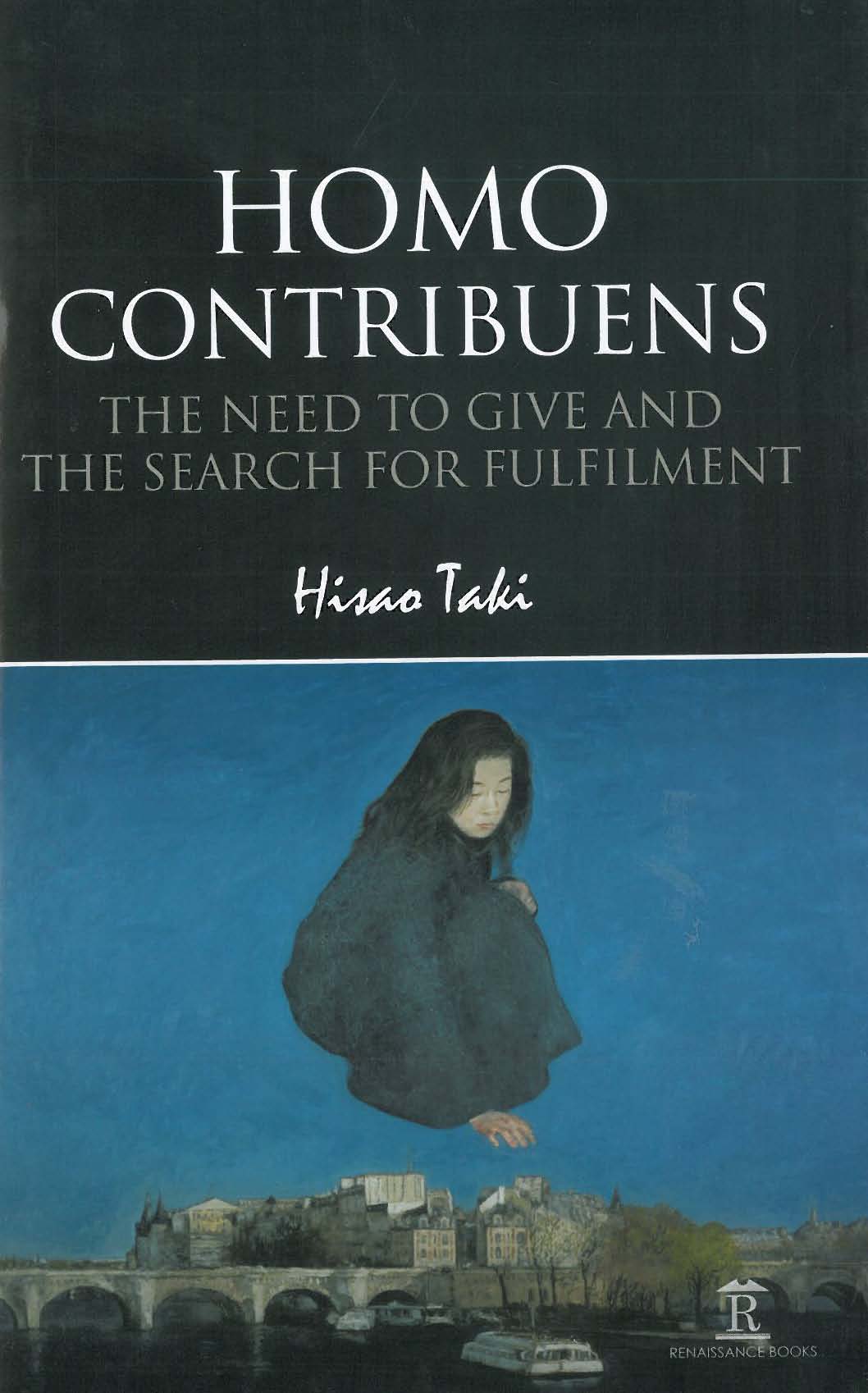 The Need to Give and the Search for Fulfilment

Here are the thoughts of a successful businessman and entrepreneur reflecting on the meaning of life that offer humanity a new and dynamic self-awareness as a natural ‘giver’ and thus an assured pathway to personal fulfilment; hence the title ‘Homo Contribuens’ – ‘man the giver’. In fact, the realization that there is an innate need to give, argues Taki, liberates the individual and takes that person beyond the conventional understanding of altruistic behaviour. He recalls his own ‘epiphany’ in this regard, having been near to death himself, together with the death of a close schoolfriend who in his last months embraced life with such vigour and conviction that he became an inspiration, prompting the author to recognize similar aspirations in himself and ultimately leading to the formulation of his own philosophy which he sets out in this book. In the author’ own words: ‘In conventional ethical thinking … the urge to contribute is seen as a learned or acquired “virtue”. But when considered instead as an instinct, our urge to act in the interest of others becomes no more worthy of either praise or censure than our hunger, our sex drive, or any of our other instinctive desires and compulsions. This understanding of the desire to be useful as a natural, innate part of being human, essentially neither good or bad, is the catalyst for a whole new outlook on life.’ This important new insight into the nature of being human will be an inspiration to many in all walks of life, regardless of age, race or creed.

Hisao Taki is a graduate of the School of Science and Engineering at the Tokyo Institute of Technology. He has successfully established a number of companies relating to transit advertising and IT, including the restaurant search site Gourmet Navigator Inc., today listed on the stock exchange in Japan. In 2003, he established the Homo Contribuens Research Institute, Tokyo. The original Japanese edition of this book (Koken suru Kimochi) is cited in the 2006 Kobundo’s Encyclopaedia of Philosophy and Ethics (Gendai Rinrigaku Jiten). Hisao Taki is also involved in a number of social and supportive activities in the community, including assisting students attending art schools overseas, as well as providing financial support for children of people employed in transportation-related businesses. He lives in Tokyo with his wife Hiroko and daughter Kikuko.