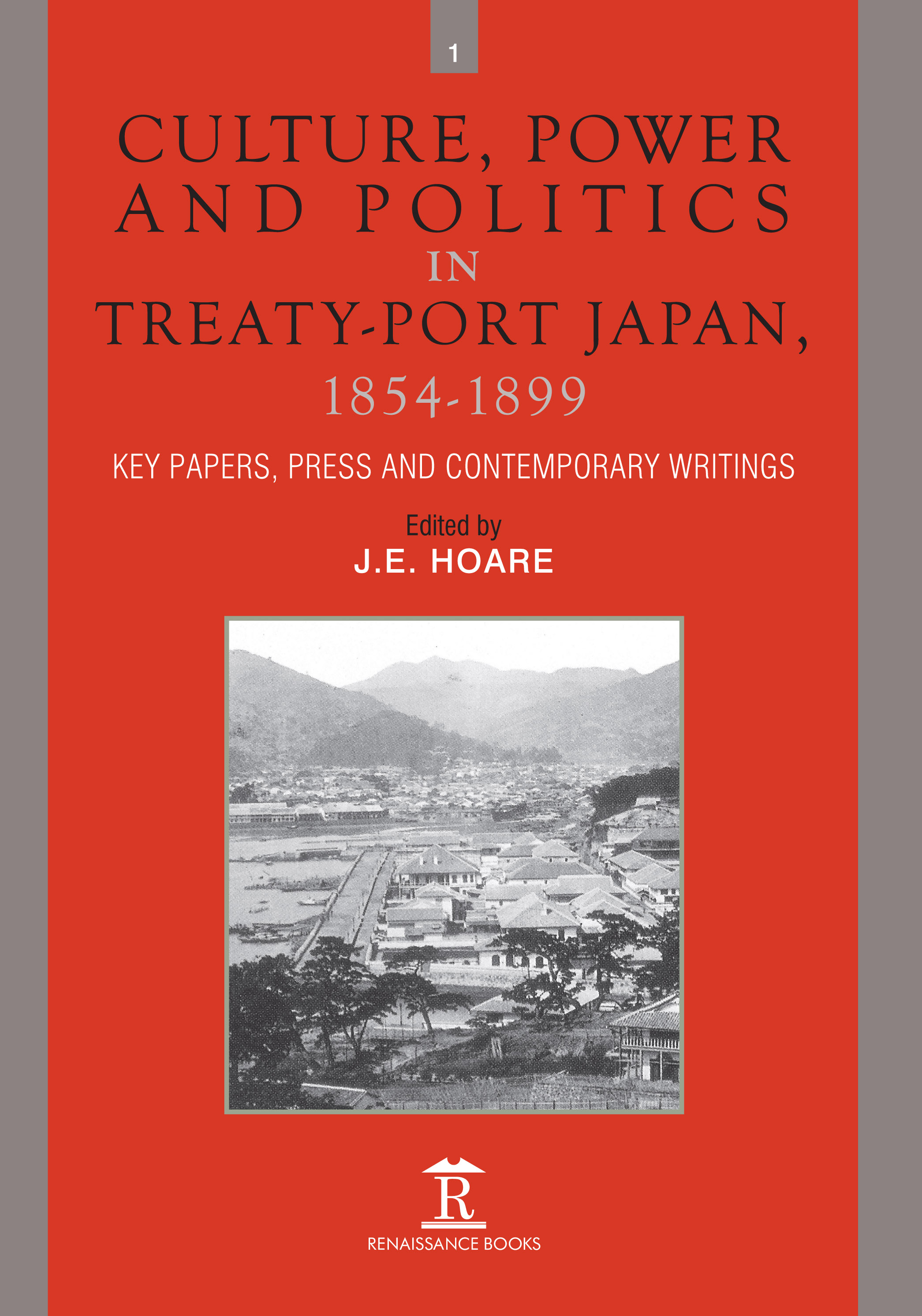 This two–volume collection, supported by an in-depth introduction that addresses origins, actuality, endgame and afterlife, brings together for the first time contemporary documentation and more recent scholarship to give a broad picture of Japan’s Treaty Ports and their inhabitants at work and play in the second half of the nineteenth century. The material selected, shows how the ports’ existence and the Japanese struggle to end their special status, impacted on many aspects of modern Japan beyond their primary role as trading stations. Compared with their counterparts in China, the Japanese treaty ports cast a small shadow. They were far fewer – only four really mattered – and lasted for just under fifty years, while the Chinese ports made their centenary. Yet the Japanese ports were important. The thriving modern cities of Yokohama and Kobe had their origins as treaty ports. Nagasaki, a major centre of foreign trade since at least the sixteenth century, may not have owed so much to its treaty-port status, but it was a factor in its modern development.

Jim Hoare is Research Counsellor and Head of North Asia and Pacific Research Group at the Foreign and Commonwealth Office (FCO). He served in the British Embassies in Seoul (1981-1985), Beijing (1988-1991) and Pyongyang (2001-2002), and is the author of a number of articles and reviews on China, Japan and the two Koreas. His books include Japan’s Treaty Ports and Foreign Settlements (Japan Library, 1994), Embassies in the East: The Story of the British and Their Embassies in China, Japan and Korea from 1859 to the Present (Curzon Press, 1999), and with his wife Susan Pares North Korea in the 21st Century: An Interpretive Guide (Global Oriental, 2005) and Korea: The Past and the Present (Global Oriental, 2011).