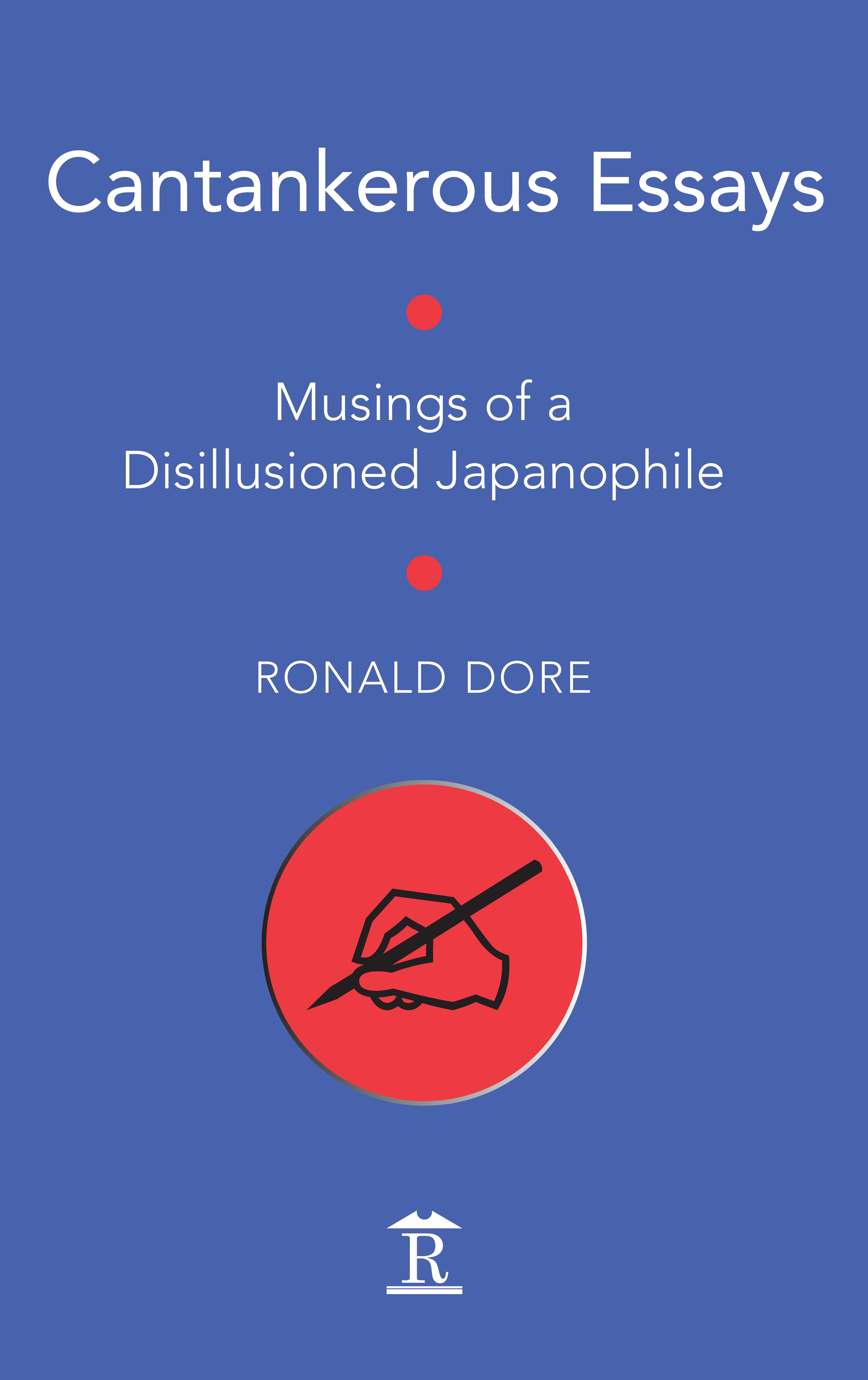 Musings of a Disillusioned Japanophile

Prompted by increasing evidence of the world’s shift to the right, not least among the industrialised nations, here is a cri de coeur from almost the last survivor from the post-war crop of European sociologists and scholars of Japanese Studies. After six decades following developments in Japanese society, economy and culture and as a well-known ‘leftie’ – he describes the evolution of his cognitive and evaluative/emotional perceptions of Japan, and explains why he can no longer be described as a Japanophile. To which are added essays on more general issues of the day, such as events in the Ukraine, Iran and Israel. The key words are indeed ‘cantankerous’ (because he is greatly exercised by the ‘conspiracies of silence’ embedded in the culture of modern political and public life); ‘musings’ (because this is not so much a single-focus monograph, rather a collection of spontaneous, but deeply-considered reflections on matters of the moment) and ‘disillusioned’ (both by Japan’s reversion to chauvinistic nationalism, and because, as a youth, he hoped for and expected an enhancement of the role of reason in international affairs.) This will be of special interest to all who know or have accessed the author’s vast literary output relating to Japan; but it also has considerably wider relevance among those who are in any way connected with contemporary society, politics and economics and wish to confront the ‘conspiracy of silence’ within our interdependent world.

Ronald Dore, a British sociologist specializing in Japanese economy and society and the comparative study of types of capitalism, is known internationally for his prodigious output as researcher, writer and commentator over the last half century. He is an associate of the Centre for Economic Performance at the London School of Economics and is a fellow of the British Academy, the Japan Academy, and the American Academy of Arts and Sciences. The citation for his eminent scholar award from the Academy of International Business describes him as ‘an outstanding scholar whose deep understanding of the empirical phenomena he studies and ability to build on it to develop theoretical contributions are highly respected not only by sociologists but also by economists, anthropologists, historians, and comparative business systems scholars’. His books City Life in Japan, Land Reform in Japan, Education in Tokugawa Japan, British Factory: Japanese Factory, The Diploma Disease: Education, Qualification and Development and Shinohata: Portrait of a Japanese Village are all considered classic texts.