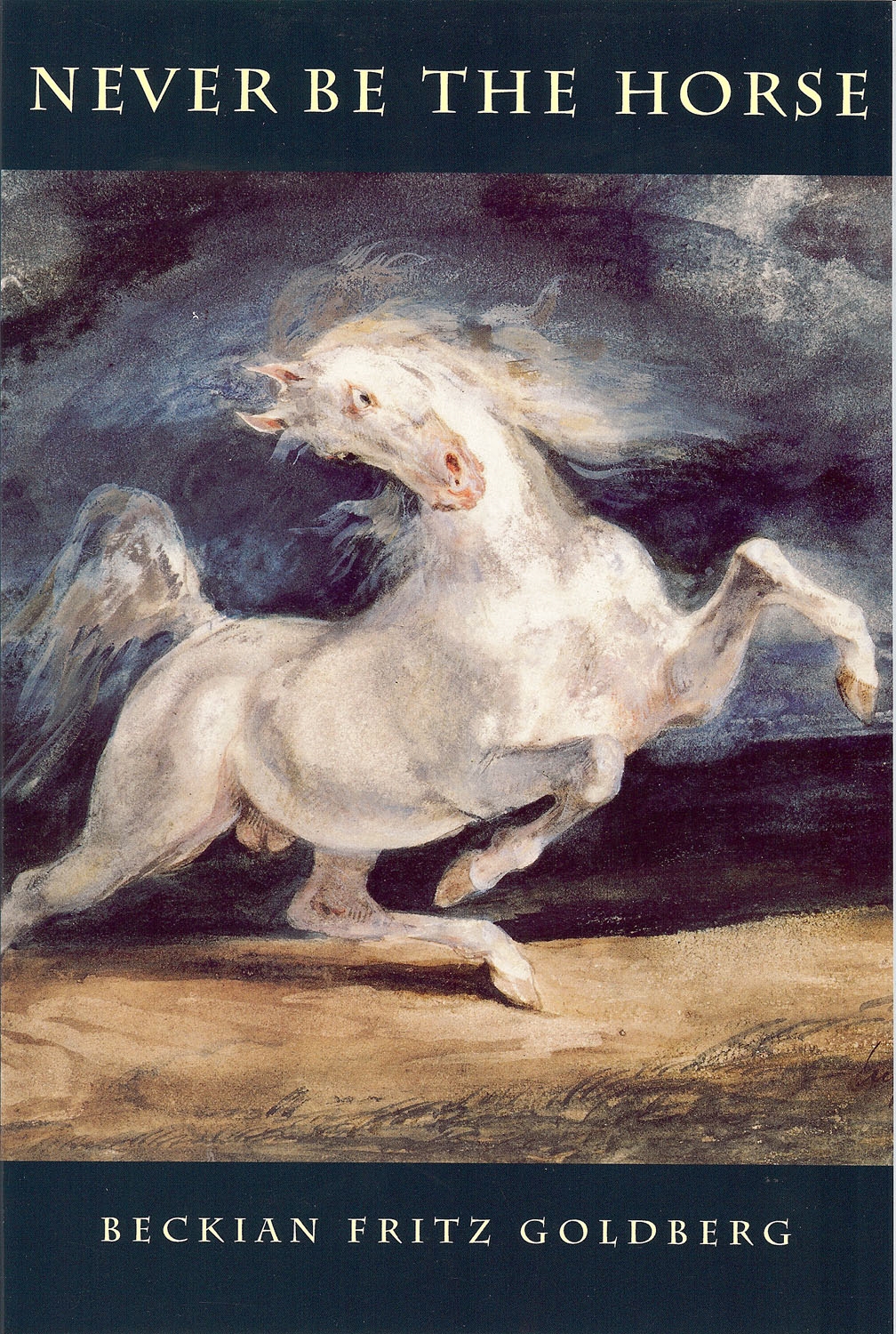 Never Be the Horse

Never Be the Horse depicts the world of a postmodern Dark Dorothy whose attempts to return home are foiled when she falls into the Garden of Eden, into the underworld with Walt Whitman, into mysterious versions of her own childhood. The poems evoke this nighttime within the self haunted by mythic and shadow-paradises--of home, homeland, the original garden--where every story is made to hide the others. Here, Adam slips on a piece of Eve's clothing, a child falls in love with the bomb, and a mourner watching the whores chased from the cemetery laments. It is also a world of erotic disguises. Still, it remains recognizably this world. The parent lies to the child about death, and the child lies to the parent about death. In the journey between those lies, as in the journey taken by the horse of the title, language becomes the place of refuge. It is there that one world is always beginning. From willingness . . . speaking its motherese, to the devil's gossamer gibber, the voices in these poems discover that to be human is, as Heidegger said, to be a conversation.