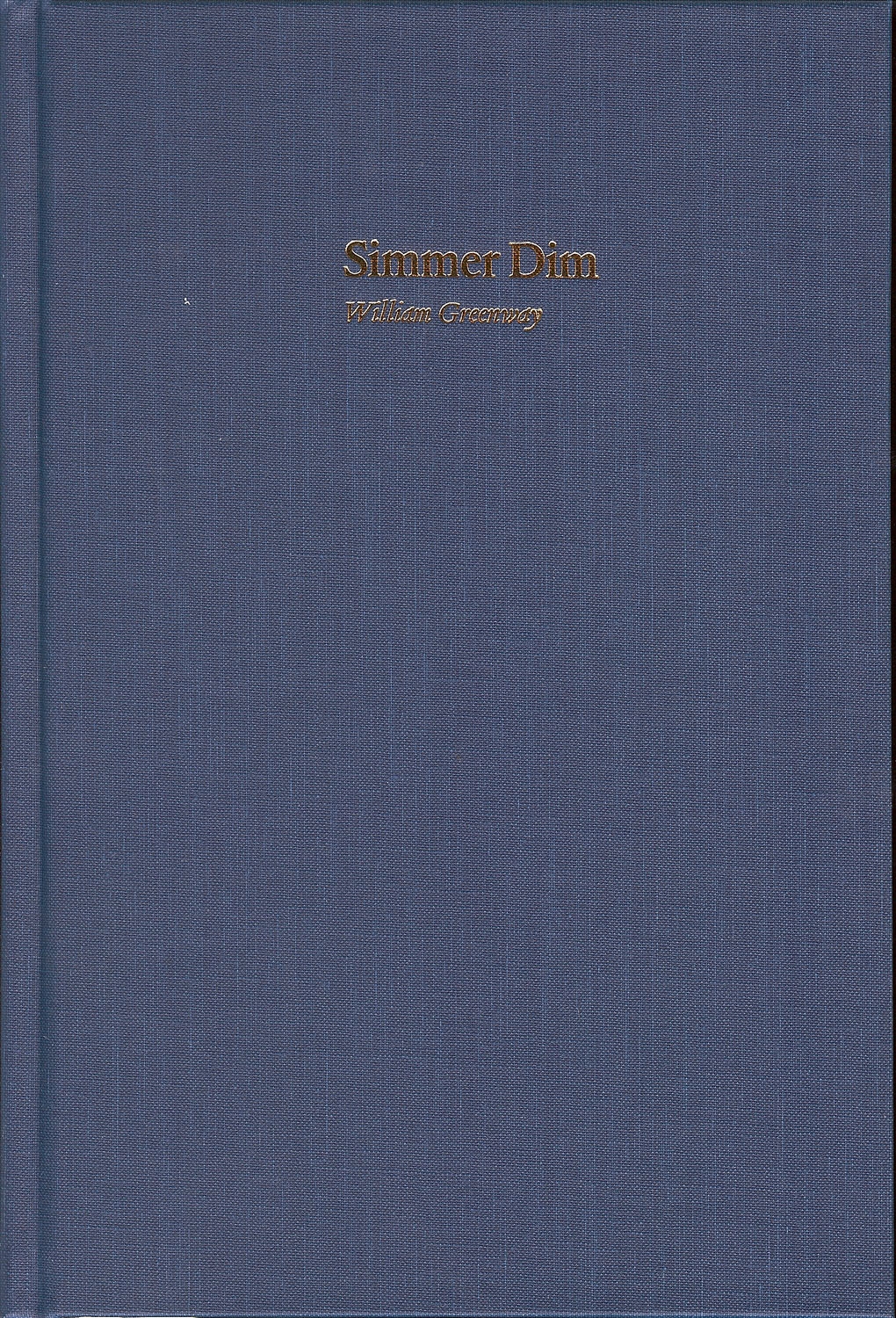 Simmer Dim is a book of roots and epiphanies, of travels that become an inward journey as the poet searches for origins familial and literary, finally discovering what Eliot found in his Four Quartets: