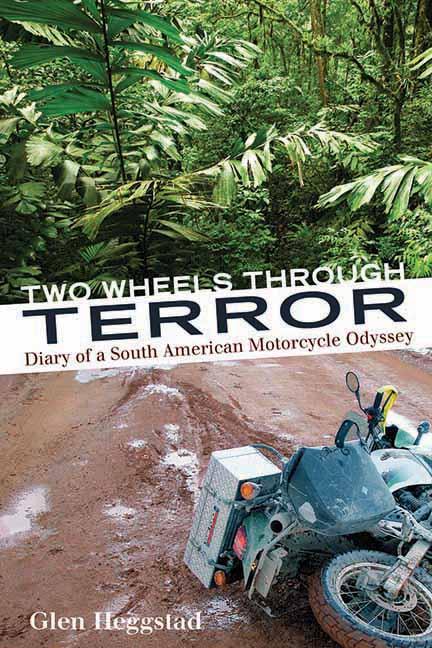 ?Glen Heggstad is an adventure motorcyclist who seeks out and rides the most rugged places on the planet. He has been a Hells Angel and a martial arts competitor, but no amount of training or experience was able to prepare him for what he became while riding to the southern tip of South America: a prisoner. This book is the shocking travelogue of Heggstad's journey through Central and South America, including his capture by Colombia's rebel ELN army, and the eventual realization of his dream to complete his journey. Follow along on his exciting, round-trip to the tip of the world, made all the more amazing by its interruption at the hands of terrorists. Heggstad was ripped from his motorcycle, robbed of everything, and forced to march through strange jungles with assault rifles at his back. He was fed only small amounts of rice and water and forced to carry heavy equipment, heavy packs, and heavy doubts about his future. Even with all the hand-to-hand and sophisticated combat training Heggstad possessed, it was his shrewd thinking, precise planning, and a “do-or-die” last act of desperation that eventually secured his freedom.

?After growing up in the San Francisco Bay Area, Glen Heggstad went from being the youngest Hells Angel ever voted in, to International Martial Arts champion. He’s spent the last two decades traveling the world solo from hitchhiking through Ireland to motorcycling in the Third World. Made famous after his harrowing capture by Colombian terrorists, he’s been featured on CBS News’ 48 Hours, National Public Radio, MSNBC, Montel Williams, Larry King Live and is the subject of a National Geographic Channel docu-drama. While out on the road, he stays in touch with readers by posting travelogues on his widely viewed website strikingviking.net. He is also the author of One More Day Everywhere (ECW Press, 2009).