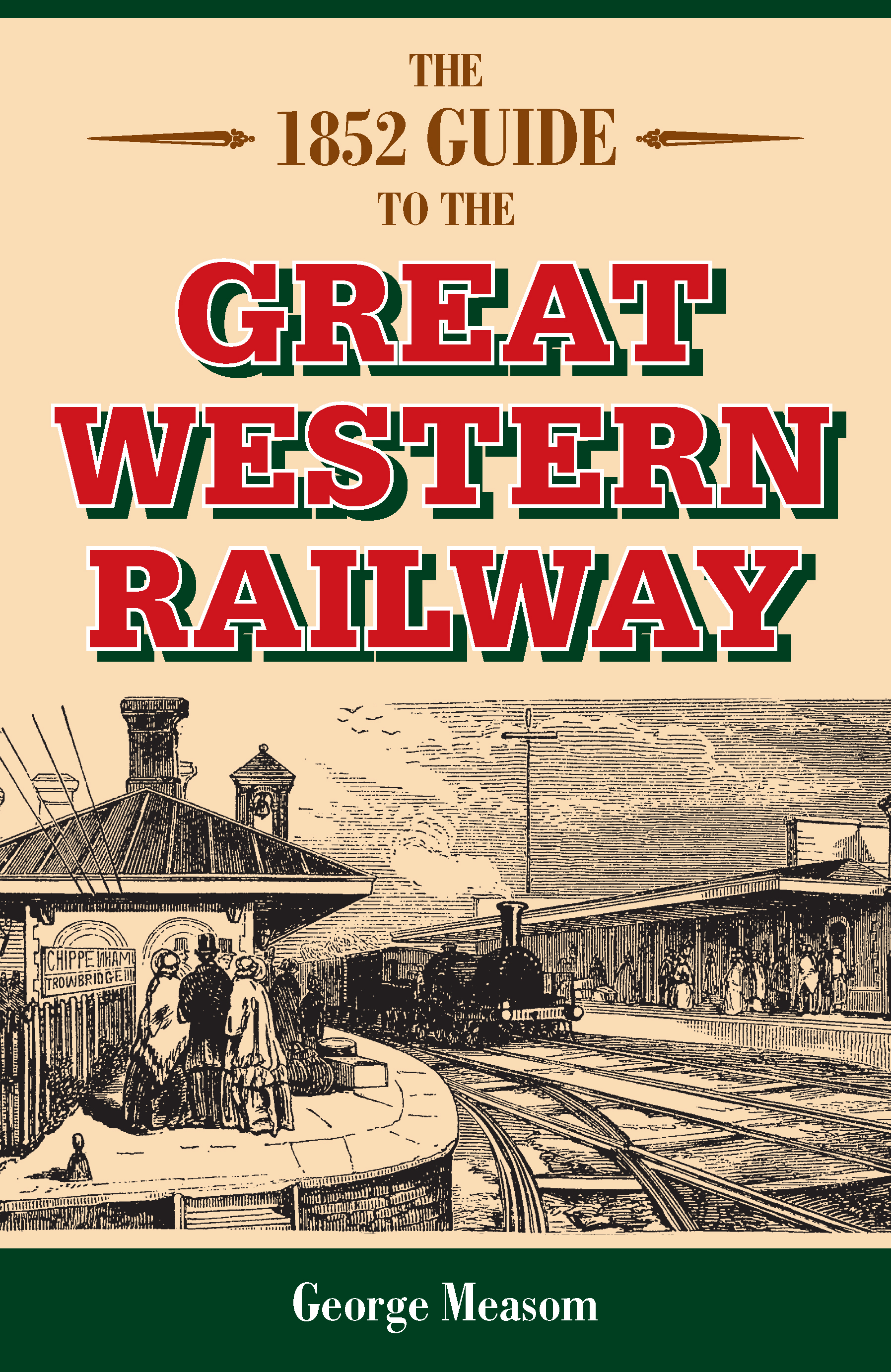 The 1852 Guide to the Great Western Railway

When George Measom wrote his bestselling Illustrated Guide to the Great Western Railway in 1852, Brunel’s railway line between London and Bristol had been fully opened just eleven years. The Great Exhibition of the previous year had attracted six million visitors, many of whom had travelled to it by rail. This was the true Age of the Train. His guide is alive with an atmosphere of bustle and steam as he takes the reader on a journey over the whole network, describing in detail its towns and cities and the countryside between them. He points out the engineering marvels of the Wharncliffe Viaduct and Box Tunnel, and discusses with enthusiasm the luxury facilities that await passengers alighting at the main stations. At Swindon there is every kind of gourmet fare from Banbury cakes to a basin of turtle, to be consumed in rooms elegantly decorated in arabesque style and supported by columns. The text is embellished with fifty illustrations from original drawings, making the book as irresistible to railway enthusiasts today as it was to those early travellers over a century ago.

George Measom was a well known travel writer of the Victorian period.