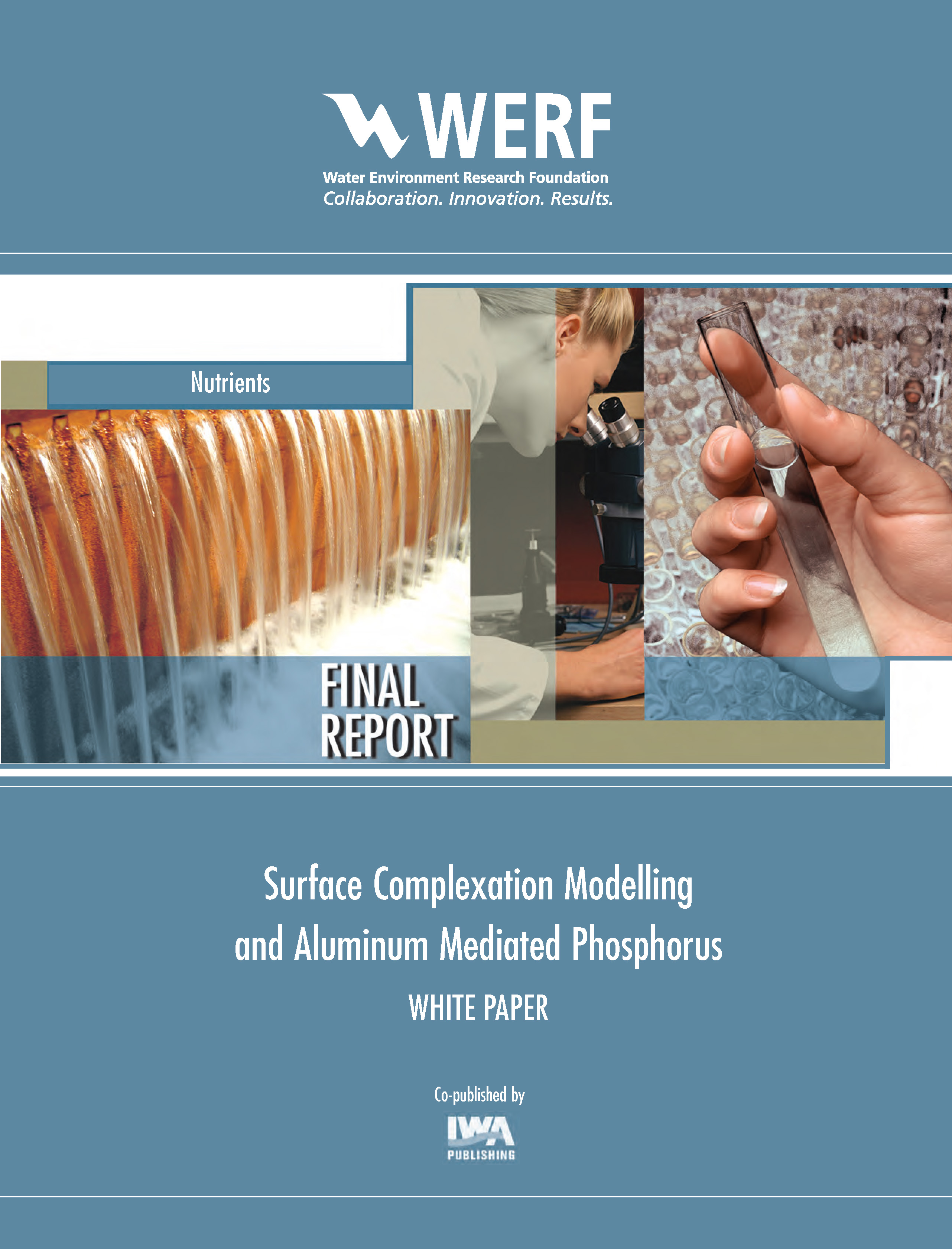 Here, the researchers test a conceptual surface complexation modeling framework, originally developed for ferric mediated removal. It is found that the same model framework as describes ferric experiments also works for aluminum experiments. The magnitude of the surface reactions (logK values) are different for the two models, but the same types of surface reaction stoichiometries describe data for phosphate removal batch tests using both cations (ferric and aluminum). Thus, in an equilibrium sense, aluminum and ferric phosphate removal chemistries are similar, but this is not true from a kinetic experiment. In previous ferric experiments, it was found that the surface complexation reaction involved a fast first step (minutes) followed by a slow second step (at least 24 hours for equilibration), but for aluminum the removal of phosphate is essentially instantaneous (on the order of seconds).