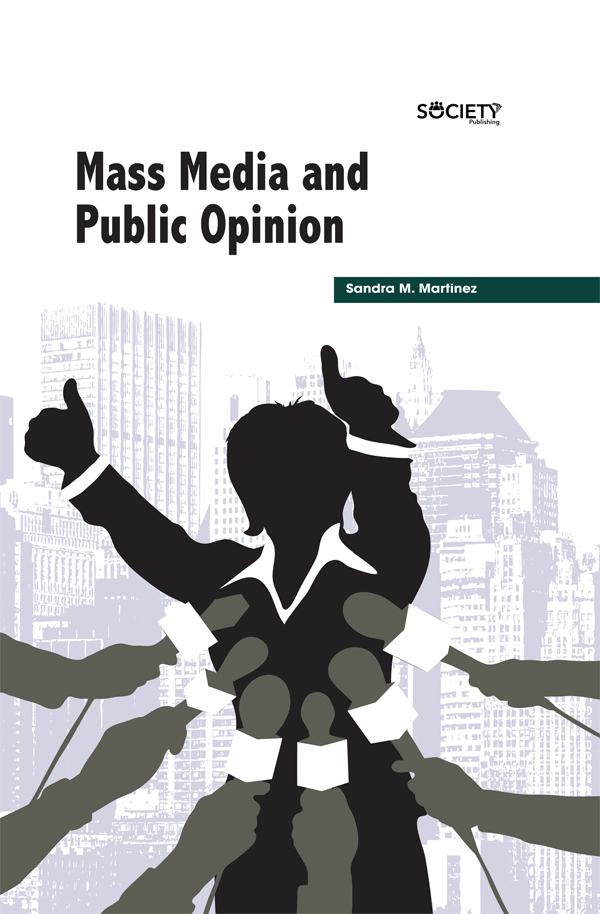 The book ‘Mass Media and Public Opinion’ takes the readers through the role of mass media in forming the public opinion. It outlines the role played by the mass media in forming opinions on terrorism, politics, economics, social issues etc. Mass media reaches a large audience and hence holds a very important place in the way people perceive things. The book also talks about corruption in the field of mass media and how it is used to hide criminal activities and divert the public from important issues. The book aims to make the readers aware about the role and current position of mass media in the world.

Sandra Morales Martinez has a Bachelor of Arts degree in Communication Arts from Maryknoll College, and pursued her Master in Mass Communication degree at Polytechnic University of the Philippines. She is currently Chief Tourism Operations Officer of Intramuros Administration, an agency under the Philippine Department of Tourism.