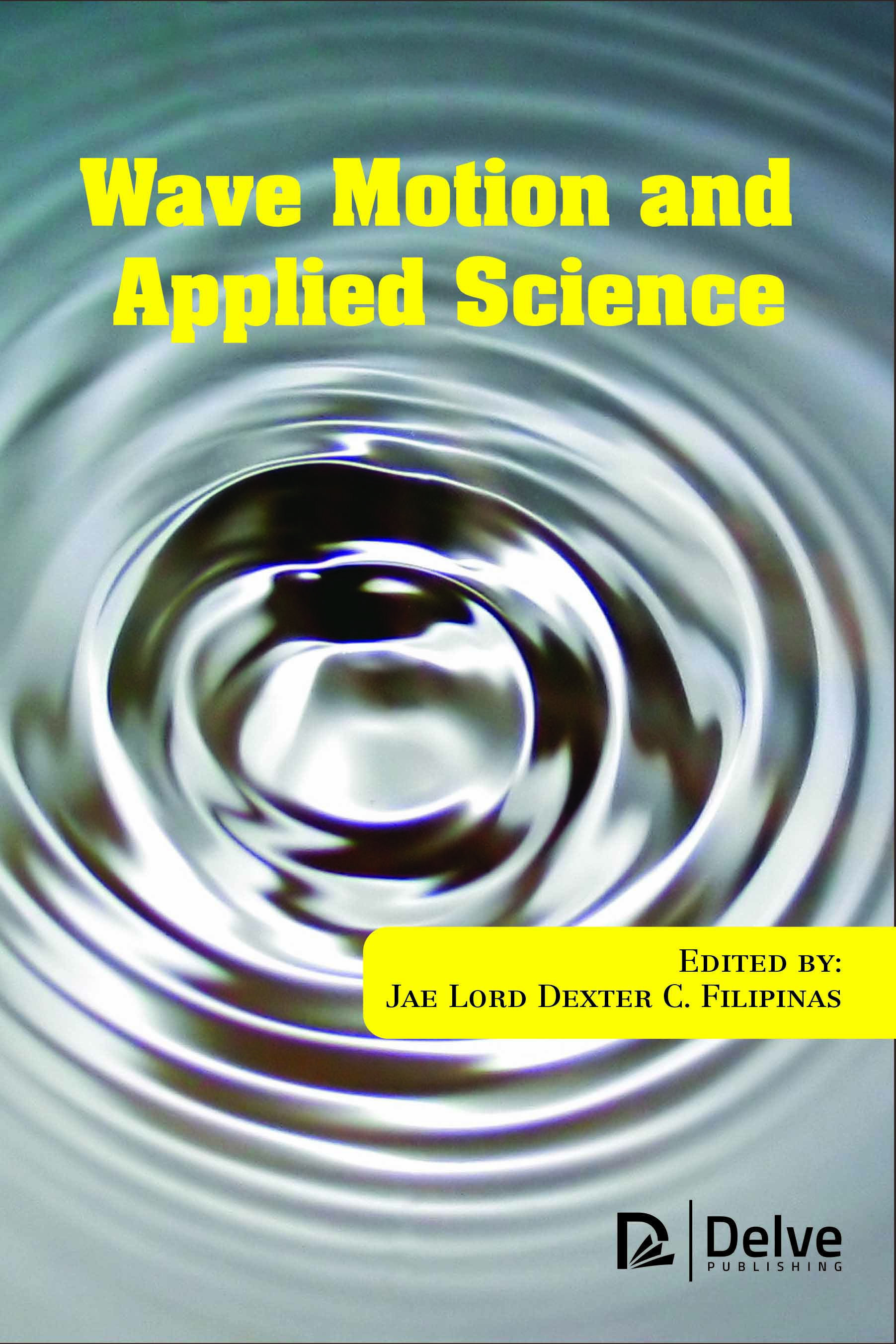 Waves have been a significant part of the development of telecommunications on Earth. Wave motion is a propagation of disturbances, which deviates from a state of rest or equilibrium, from place to place in a consistent and arranged way. The most common or familiar are surface waves on water, but sound and light both travel as wavelike disturbances, and the movement of all subatomic particles that displays wavelike characteristics. The study of waves adheres various forms that the topic of central importance in all physical sciences and engineering. Modern applications such as telephone, mobile phone, telecommunications and wireless technologies arise through the effort of studies confined to wave motion and applied science.The unifying theme of this book is wave motion; its many forms and the changes it undergoes. This book discusses the significance of wave’s motion and the applications it brought to the society. The content is divided into the following chapters:Chapter 1, Wave Motion, discusses the different forms of waves and their propagation. The units and measurement to be applied in the calculations of different kinds of waves, it may either be one dimensional waves or two dimensional waves. In this chapter, most theoretical concepts about waves are presented.Chapter 2, Light Wave, starts with the definition and properties of light, which is from the big family of Electromagnetic waves. Human eyes are very sensitive to this form of electromagnetic waves. This is the only EM which is visible to the naked eyes. Everyday occurrences are utilized to advantage to describe the properties of light. The discussion shows the benefits derivable form from light waves.Chapter 3, Electromagnetic waves, Wider Scope, focuses on the fundamentals of electromagnetic waves. Each form is being discussed broadly for better reference. The advantages that these forms can be used to enhance life, especially, in the field of medicine and engineering.Chapter 4, Radiation and the Earth, gave importance to the transformation of other forms of energy to other forms of energy. Electromagnetic forces and electromagnetic induction are also tackled in this chapter. The discussion also shows the beneficial effects that can be derived from and the environmental hazards and perils that nuclear energy brings.Chapter 5, Electrical waveforms and Signals, focuses on the use of electrical energy in the household. Concepts are tackled with the transformation of electrical energy to other forms, electrical energy consumption. The beneficial concepts that can be derived from electrical energy and the hazards that it may bring to every household that are consuming electrical energy.Chapter 6, Earthquake Waves, centers on the discussion about earthquake. It gives information about the nature of earthquake waves. People must be aware of the intensities brought by earthquake to give awareness and warn the people about the destructions it may cause to both life and properties.Chapter 7, Sound Waves, starts with the nature of sound and the energy it carries that brought different applications that may aid in the progress of the human life when it comes to technology.Chapter 8, Applied Science, denotes the nature of applied science and be aware of the branches that Applied Science has. The benefits and hazards of technology are also discussed in this chapter as well as an understanding of technology invading the society. Technology and courses are also provided for the students to infer and may help in deciding what course they have to take.Chapter 9, Energy Waves and Communication Technologies, tackles how communication evolved via sound waves. In this chapter, the history of the creation of telephone was discussed and how the telephone was considered as a major breakthrough in the field of science and technology. Concurrently to the creation of the telephone is the launching of electronic transport network. The telephone system or how the telephone transmits information from wire to wire.Chapter 10, Wireless Communication Technology, discusses the launching of wireless communication through radio transport network. Wireless technological advances are also presented to keep the society abreast with advances in science and technology. How communication keeps the people in touch who are separated by geographical distances. A historical concept of every topic in every chapter was given emphasis to provide the development of physical theories and technological advances is included to highpoint the humanistic aspect of Science.The author hopes that this book will be an instrument for every student to become more conscious of the significance and relevance of science, specifically physics and technology in their everyday life.

Jae Lord Dexter C. Filipinas received his M.S. degree in Physics at the National Institute of Physics, University of the Philippines, Diliman, Quezon City, Philippines. Jae joined Department of Physics at Mindanano State University, the Philippines in 2006 as an instructor and then promoted to the rank of Assistant Professor in 2012. Currently, he is serving as an Associate Professor and the Chairman of the Department of Physics of the same Institute. Jae has many peer-reviewed articles and conference proceeding in his field. He is also a member of many professional societies and a reviewer of many Physics journals. Jae has supervised many graduate-level research thesis in his professional career.