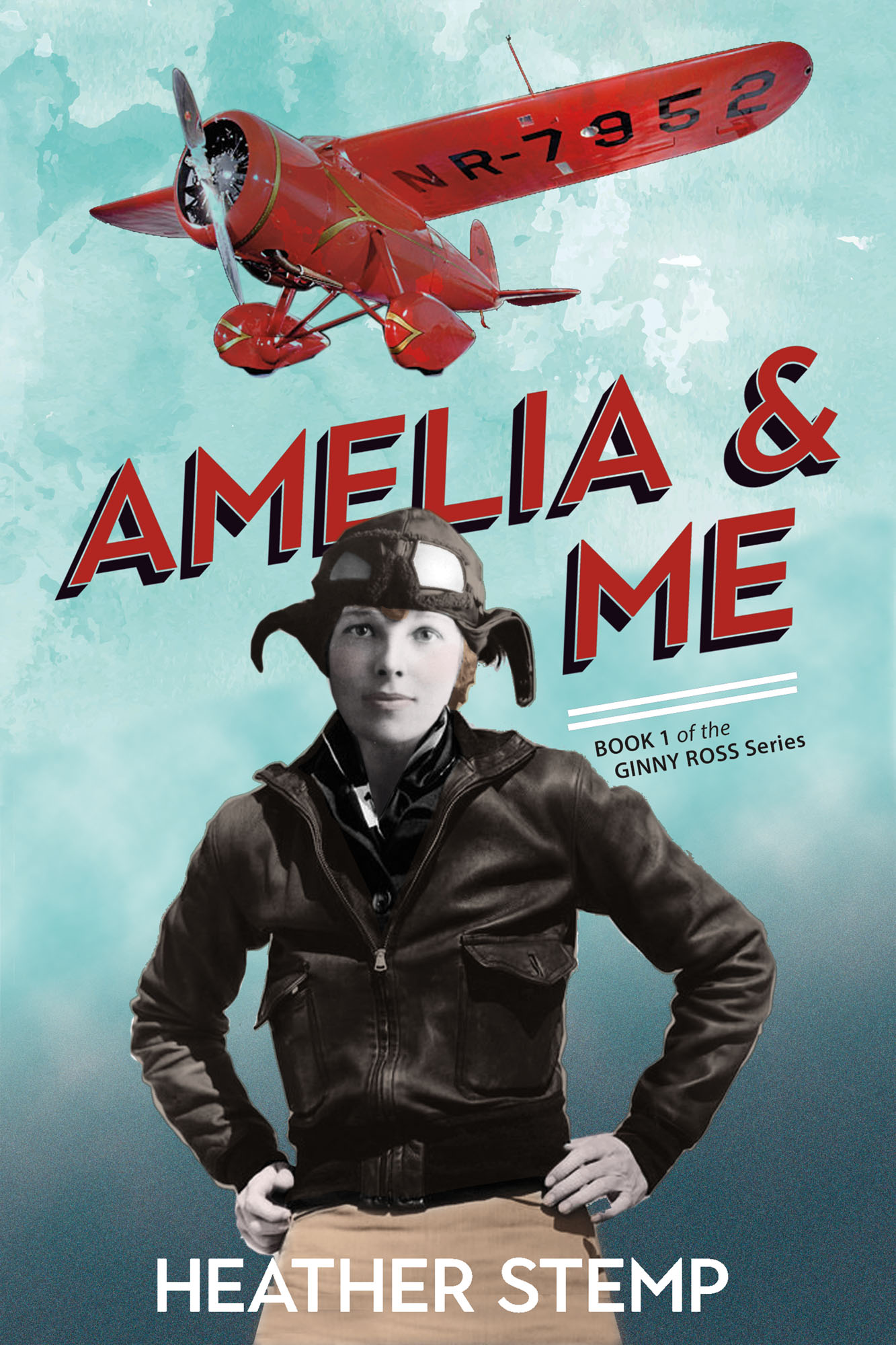 Book 1 of the Ginny Ross Series

Highlights a plucky role model for the ages. -Kirkus Reviews

After reading about Amelia Earhart in her friend's scrapbook, twelve-year-old Ginny Ross decides to become a pilot. It's 1930 and luckily, the airstrip in her hometown of Harbour Grace, Newfoundland, is a popular launching point for intrepid aviators setting out on transatlantic flights. But how will Ginny's dream take flight when her mother—and society in general—so fiercely believes a woman's place is in the home? At the height of the Great Depression, the Ross family certainly can't spare any money for flying lessons, and Ginny will need a mentor if she is ever going to make it out of Harbour Grace.

With the support of her beloved Papa, kind Uncle Harry, and resourceful Aunt Rose, Ginny takes matters into her own hands. When Amelia Earhart herself shows up in Harbour Grace for her first solo flight across the Atlantic Ocean, Ginny notices the townspeoples' looks of shock and disgust are slowly turning to looks of admiration and respect. Maybe they will soon understand Ginny's dream, and maybe Amelia Earhart is the woman to help convince them.

Based on the real girlhood of author Heather Stemp's Aunt Ginny, Amelia and Me is a big-hearted story of determination, grit, and adventure. Readers will love the archival photos of Amelia Earhart and her plane, along with the interesting historical details skillfully weaved throughout the book.

Heather Stemp's Newfoundland heritage goes back to her great-grandfather who immigrated from Ireland in the mid-1800's. Her grandfather, grandmother, aunt, and father were all born and raised in Harbour Grace. Her earliest memories include fish and brewis, lassy bread, boiled suppers, and a house load of people talking, laughing, and calling her "some sweet".

After 30 years as an English teacher, Heather retired and wrote, Amelia and Me, a middle grade historical fiction, which was short listed for the 2014 Red Cedar Award. Her second book, Under Amelia's Wing, continues the story of her Aunt Ginny's adventures with Amelia Earhart. She is currently working on the third book in the Ginny Ross series.

Heather lives in North Bay with her husband Don. She has two children and four grandchildren who love to read about their Newfoundland roots.