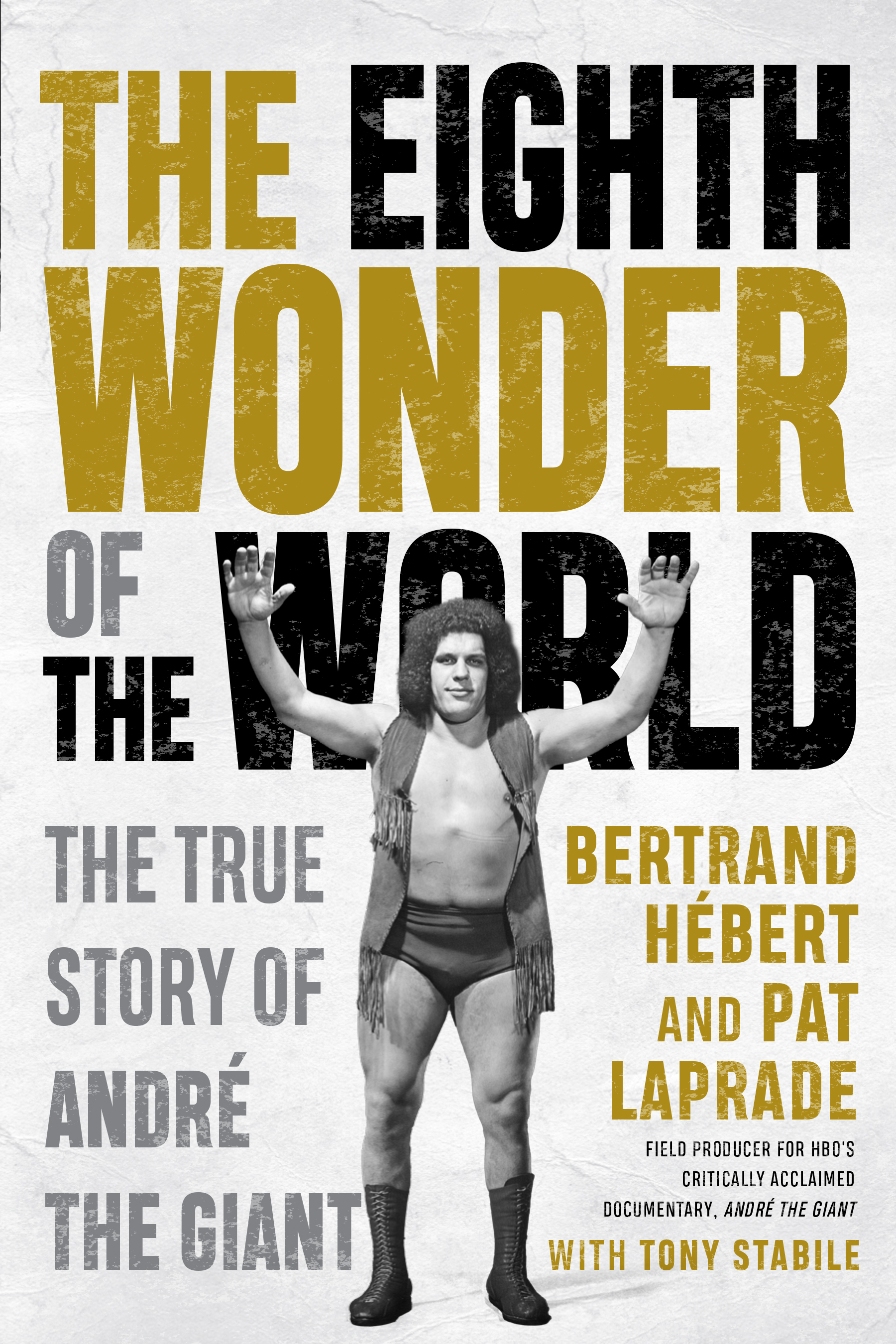 Eighth Wonder of the World

The True Story of André the Giant

From field producer for HBO’s André the Giant Pat Laprade and renowned wrestling historian Bertrand Hébert comes a definitive and exhaustive biography of André the Giant … now in paperback!

Is there a way to find truth in the stuff of legend? You may think you know André the Giant — but who was André Roussimoff? Through exhaustive research and exclusive interviews with family and friends, The Eighth Wonder of the World offers a comprehensive exploration of André’s amazing wrestling career and the indelible mark he left on pop culture, including his role in the cult classic film The Princess Bride.

Born in France, André worked on his family’s farm until he was 18, when he moved to Paris to pursue professional wrestling. A truly extraordinary figure, André went on to become an international icon and world traveler, all while battling acromegaly. While his disorder is what made him a giant and a household name, it’s also what caused his untimely death at 46.

This biography addresses the burning questions, outrageous stories and common misconceptions about his height, his weight, his drawing power as a superstar, and his seemingly unparalleled capacity for food and alcohol. Transporting readers beyond the smoke and mirrors of professional wrestling into the life of a real man, Laprade and Hébert have crafted the most complete portrait of a modern-day mythical being.