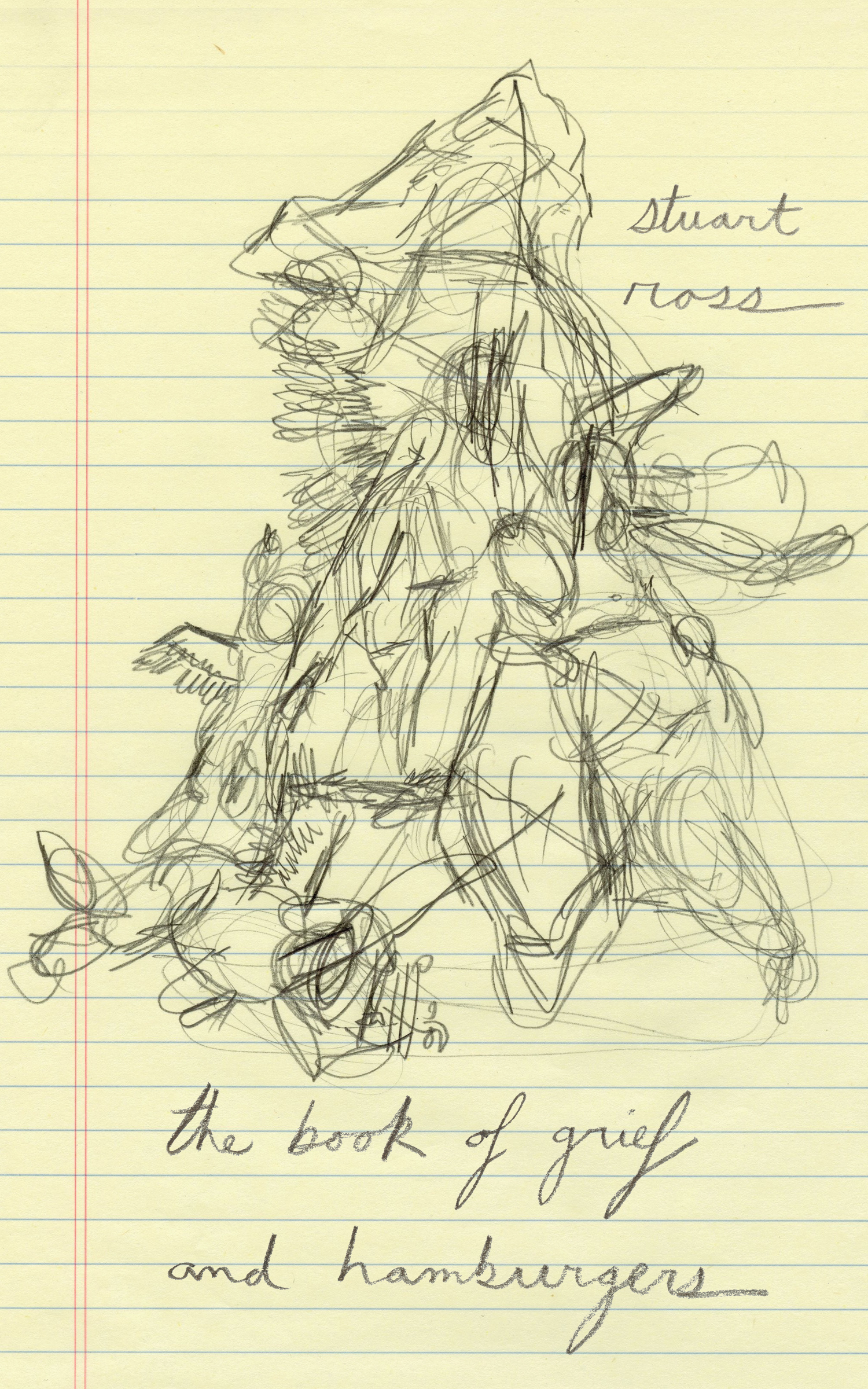 Book of Grief and Hamburgers

A poignant meditation on mortality from a beloved Canadian poet

A writer friend once pointed out that whenever Stuart Ross got close to something heavy and “real” in a poem, a hamburger would inevitably appear for comic relief. In this hybrid essay/memoir/poetic meditation, Ross shoves aside the heaping plate of burgers to wrestle with what it means to grieve the people one loves and what it means to go on living in the face of an enormous accumulation of loss. Written during the second wave of the COVID-19 pandemic, shortly after the sudden death of his brother left him the last living member of his family and as a catastrophic diagnosis meant anticipating the death of his closest friend, this meditation on mortality — a kind of literary shiva — is Ross’s most personal book to date. More than a catalogue of losses, The Book of Grief and Hamburgers is a moving act of resistance against self-annihilation and a desperate attempt to embrace all that was good in his relationships with those most dear to him.

Stuart Ross is the author of 20 books of fiction, poetry, and essays. He received the 2019 Harbourfront Festival Prize, the 2017 Canadian Jewish Literary Award for Poetry, and the 2010 ReLit Award for Short Fiction. His work has been translated into Nynorsk, French, Spanish, Estonian, Slovenian and Russian. Stuart lives in Cobourg, Ontario.