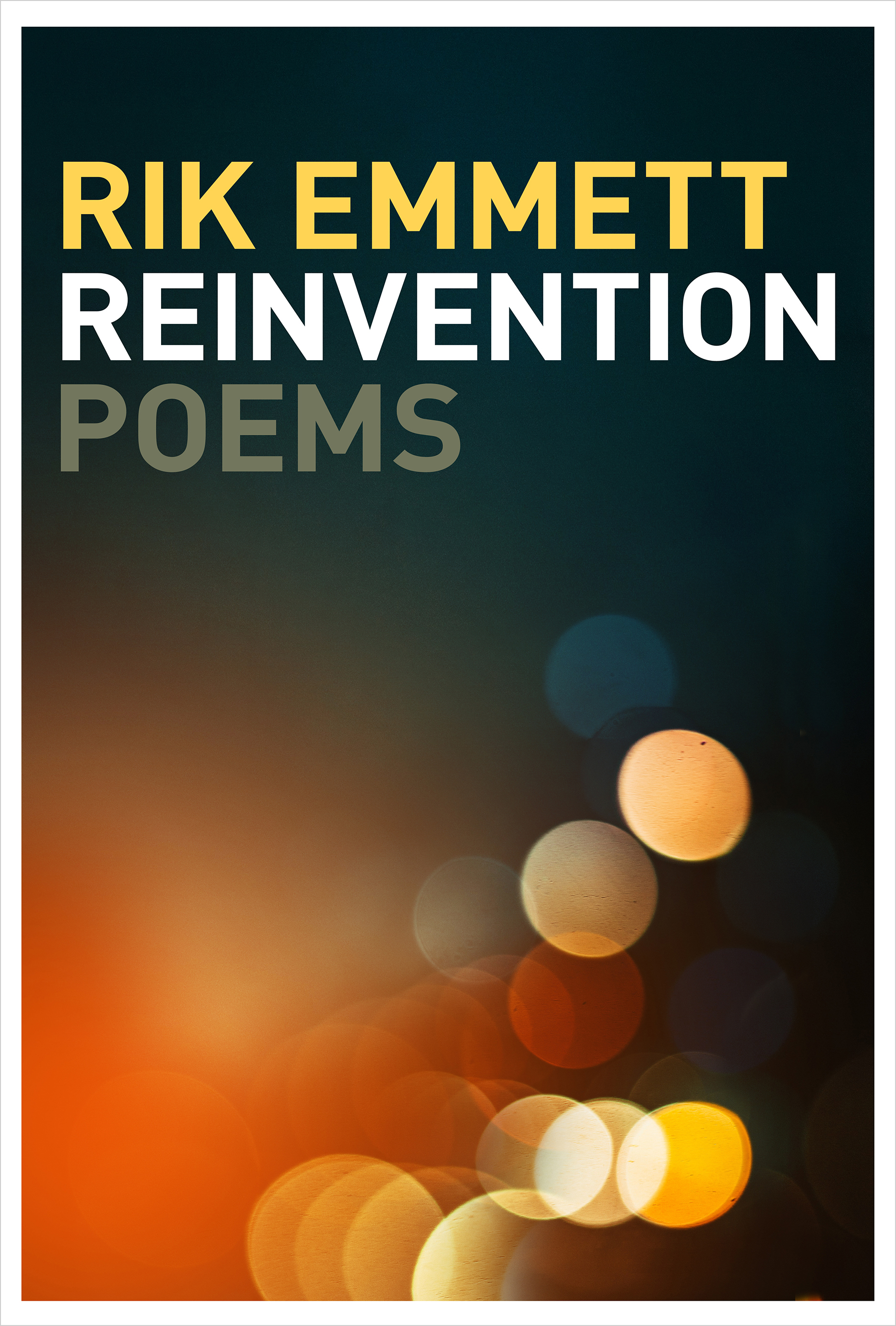 Poetry from beloved lead guitarist of the multi-platinum record selling legendary band Triumph Reinvention is a largely autobiographical collection of poetry — a project that followed on the heels of Rik Emmett retiring from a touring musician’s and college educator’s life in early 2019. Inside all of the slashes that define him — singer/songwriter/guitarist/rock star/teacher/columnist — writing has always been his strongest avocation, and the poetic style of “Ultra Talk,” in particular, offered a welcome spark for a songwriter’s freedom of expression. This creative license is organized under seven headings – The Humanities, Life & Death, There’s Politics in Everything, Double Helix, Soapbox Sermonettes, Time Time Time, and Ars Nova 2020. Rik’s poetry (literally) reinvents his own retirement, and it’s not just some aging dilettante’s bucket list fancy. He discovered a sincere way to tie up a lot of loose ends, fulfill dormant promise, and eschew show biz tangents. Reinvention, his first book, makes some sense of a life that always went in a lot of different directions at once. Finally, he’s given himself permission to chase a mode of self-expression with less commercial potential … than jazz guitar recordings.

Rik Emmett is in three Canadian “Halls” and two “Walks of Fame.” After 12 platinum LPs in his Triumph years, Rik produced 20 indie projects, from rock and blues to jazz, folk, and classical. His latest release is Folk Songs for the Farewell Bonfire. An avowed family man, he’s been married for 45 years; he was also a Guitar Player magazine columnist for more than a dozen years and an educator for a few decades at Humber College. Rik is Artistic Director Emeritus of the SongStudio Workshop, and a published poet and cartoonist. He lives in Burlington, Ontario.