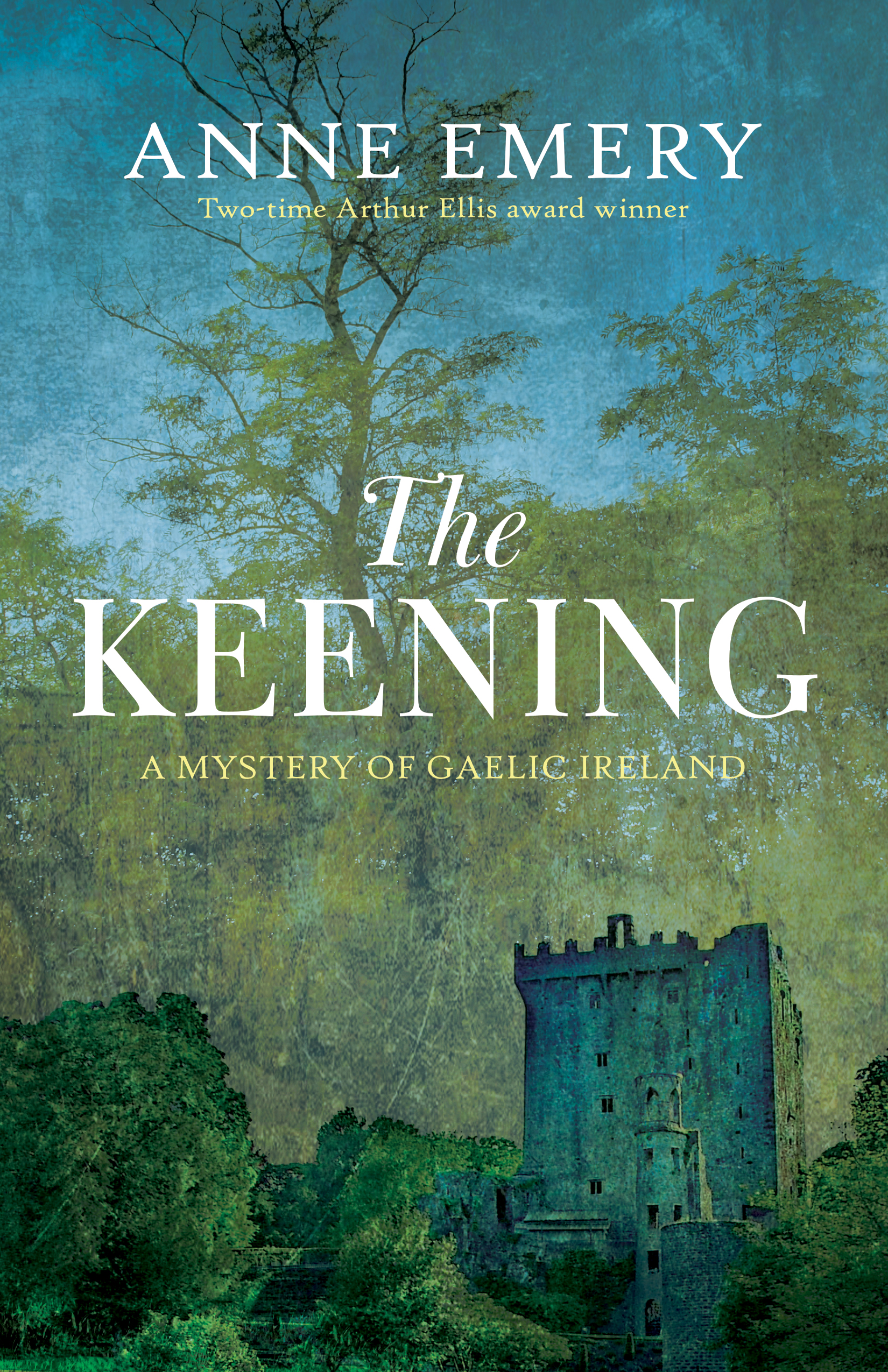 A Mystery of Gaelic Ireland

The murdered body of Sorcha the prophetess is discovered following a lavish banquet at the Maguire castle in 16th-century Ireland. In the present day, a dig commences on the land, and not only is a body discovered, but a sheaf of prophecies. Who killed Sorcha?

There has been a guesthouse on the Tierney land in County Fermanagh for hundreds of years. Now Tierney’s Hotel is faced with a development that will block the hotel’s best feature, its view of Enniskillen Castle. But the project can be stopped if there are important historical artifacts buried on the property. Enter the archaeologists.

Mick’s ancestor, Brigid Tierney, ran the guesthouse in the late 1500s. We see Brigid and Shane and their children at a lavish banquet at the castle, home of the ruling family, the Maguires. The wine and ale flow freely, the harpist plays, the bard recites the Maguires’ heroic deeds. But one woman has a sense of foreboding. Sorcha the prophetess sees harrowing times ahead. The Tudors of England are determined to complete their brutal conquest of Ireland.

The morning after the banquet, Sorcha is found dead on a bed of oak leaves. And Shane is accused of the killing. His lawyer, Terence, conducts his defence on the hilltop that constitutes the court in 1595.

Ireland has had a complex and at times woeful history, and we see that history being played out in the lives of the Tierneys, past and present.

In 2018, the dig commences on Mick Tierney’s land. Historical artifacts? Yes. But also a sheaf of prophecies. And a body ? a bogman ? four hundred years old.

Anne Emery is a lawyer and author of the Collins-Burke Mystery Series, which has won several awards including the 2019 Arthur Ellis for Best Crime Novel for Though the Heavens Fall. Her series is set in various places: Halifax, Dublin, Belfast, London, New York, Berlin. She lives in Halifax, Nova Scotia.