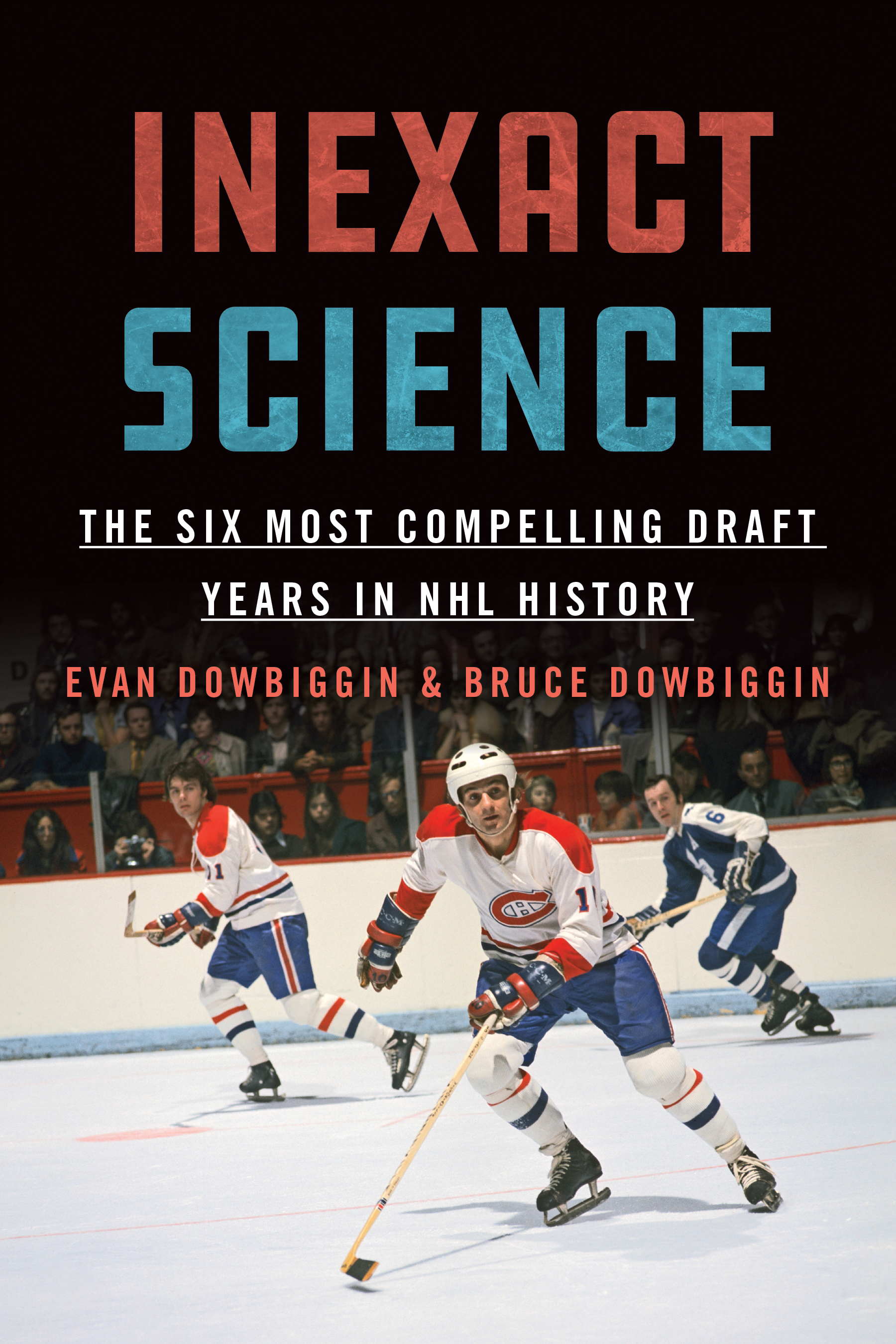 The Six Most Compelling Draft Years in NHL History

A fascinating in-depth analysis of six of the NHL’s most interesting drafts From Guy Lafleur to Sidney Crosby to Connor McDavid, the annual draft of hockey’s most talented young prospects has long been considered the best route to Stanley Cup glory. Inexact Science delivers the remarkable facts behind the six most captivating NHL Drafts ever staged and explores the lessons learned from guessing hockey horoscopes. How did it change the business of the sport? And where is the draft headed next? The authors answer intriguing questions like: What if Montreal in 1971 had chosen Marcel Dionne No. 1 overall and not Guy Lafleur? How exactly is it that Wayne Gretzky went undrafted? How did the Red Wings turn their franchise around so dramatically in the 1989 Draft? Evan and Bruce Dowbiggin also delve into the controversies, innovative ideas, and plain old bad judgment that’s taken place on the draft floor. Always informative and entertaining, Inexact Science encapsulates the many compelling, wild, and unique stories in five-plus decades of NHL Draft history.

Evan Dowbiggin is a sports statistical researcher who runs TSN’s Twitter stats page and has been a part of Sportscentre’s behind-the-scenes team for over a decade. A University of Lethbridge grad, he writes about sports, studies history, and continues to build an extensive music collection. He lives in Toronto with his wife, Hannah, and their dog and cat. Bruce Dowbiggin is a bestselling author of over ten books, including Cap in Hand, and Personal Account. He is also a regular contributor to SiriusXM’s Canada Talks, Channel 167, and a two-time winner of the Gemini Award as Canada’s top television sports broadcaster. He lives in Calgary, Alberta.