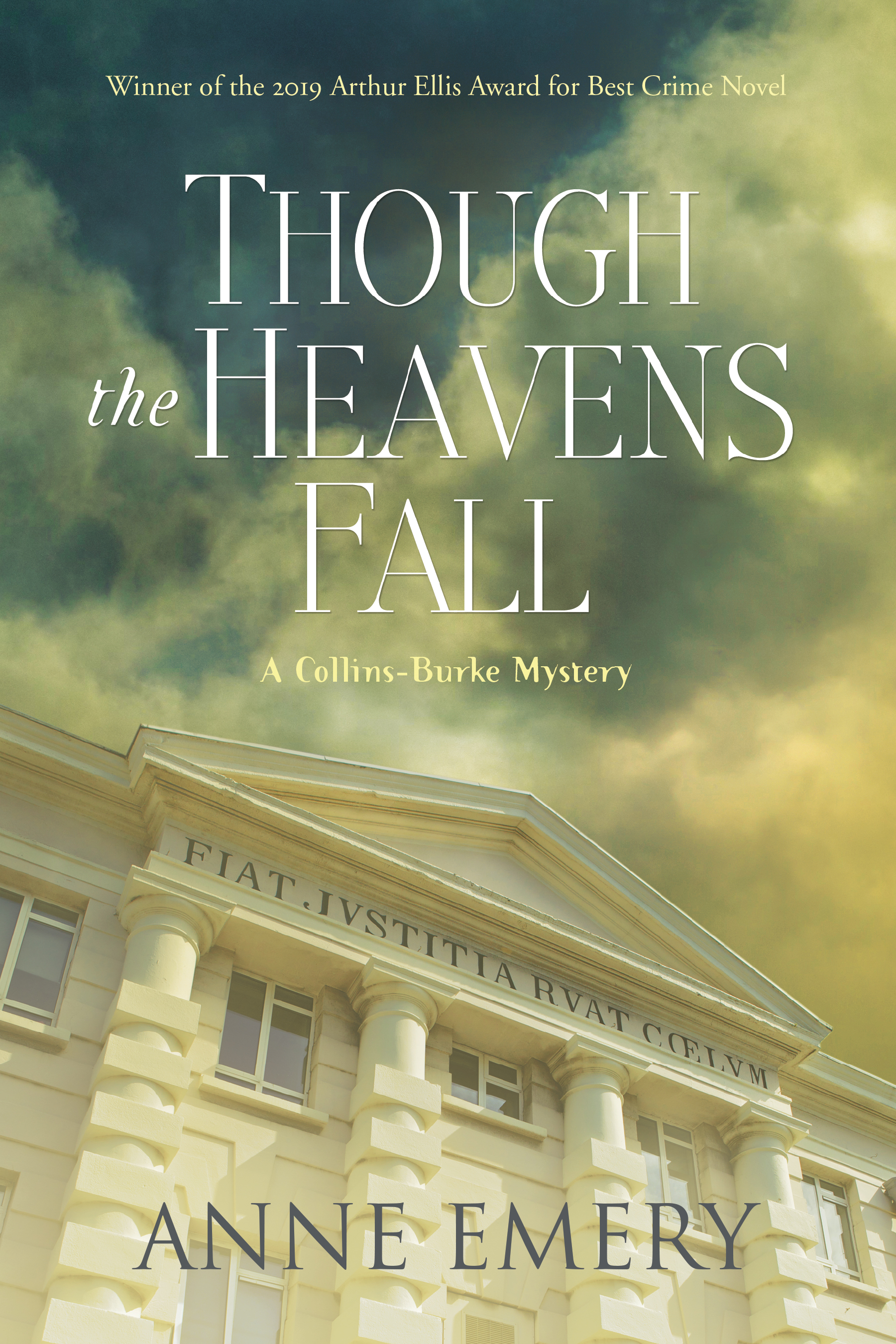 Though the Heavens Fall

Winner of the 2019 Arthur Ellis Award for Best Crime Novel “Emery populates 1995 Belfast so conscientiously and evokes its atmosphere so faithfully …” — Kirkus Reviews As 1995 dawns in the North of Ireland, Belfast is a city of army patrols, bombed-out buildings, and “peace walls” segregating one community from another. But the IRA has called a ceasefire. So, it’s as good a time as any for Monty Collins and Father Brennan Burke to visit the city: Monty to do a short gig in a law firm, and Brennan to reconnect with family. And it’s a good time for Brennan’s cousin Ronan to lay down arms and campaign for election in a future peacetime government. But the past is never past in Belfast, and it rises up to haunt them all: a man goes off a bridge on a dark, lonely road; a rogue IRA enforcer is shot; and a series of car bombs remains an unsolved crime. The trouble is compounded by a breakdown in communication: Brennan knows nothing about the secrets in a file on Monty’s desk. And Monty has no idea what lies behind a late-night warning from the IRA. With a smoking gun at the center of it all, Brennan and Monty are on a collision course and will learn more than they ever wanted to know about what passes for law in 1995 Belfast. An inscription on a building south of the Irish border says it all: “Let justice be done though the heavens fall.” About the Collins-Burke Mysteries This multi-award-winning series is centred around two main characters who have been described as endearingly flawed: Monty Collins, a criminal defence lawyer who has seen and heard it all, and Father Brennan Burke, a worldly, hard-drinking Irish-born priest. The priest and the lawyer solve mysteries together, but sometimes find themselves at cross-purposes, with secrets they cannot share: secrets of the confessional, and matters covered by solicitor-client confidentiality. The books are notable for their wit and humour, and their depiction of the darker side of human nature ? characteristics that are sometimes combined in the same person, be it a lawyer, a witness on the stand, or an Irish ballad singer who doubles as a guerrilla fighter in the Troubles in war-torn Belfast. In addition to their memorable characters, the books have been credited with a strong sense of place and culture, meticulous research, crisp and authentic dialogue, and intriguing plots. The novels are set in Nova Scotia, Ireland, England, Italy, New York, and Germany. The series begins with Sign of the Cross (2006) and continues to the most recent installment, Postmark Berlin (2020).

Anne Emery is a lawyer and the author of the Collins-Burke mystery series, set in Halifax, Cape Breton, Ireland, London, and New York. She has won two Arthur Ellis Awards, an Independent Publisher Book Awards silver medal, and the Dartmouth Book Award for Fiction.