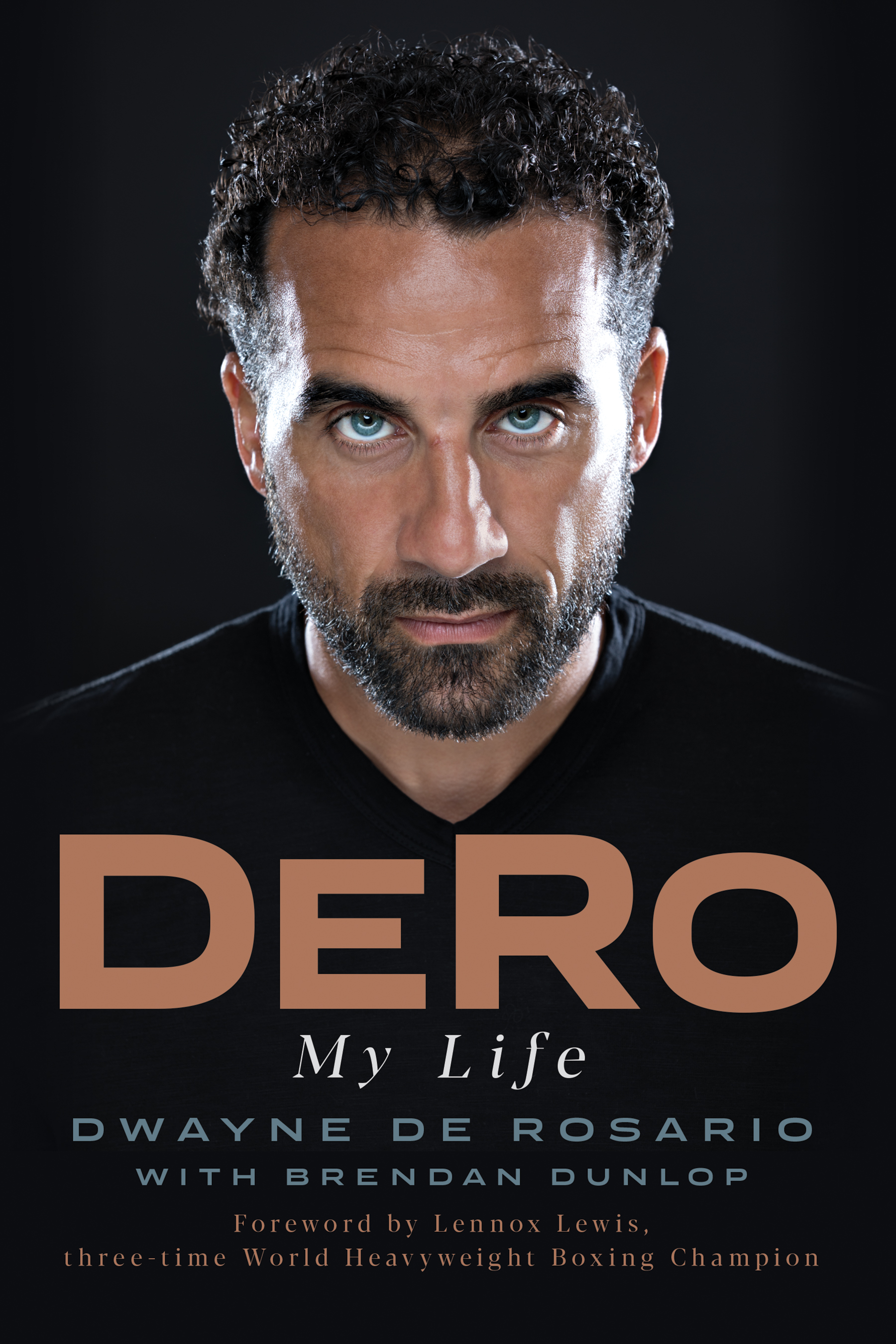 Dwayne De Rosario is one of MLS’s 25 Greatest Players The autobiography of one of the best male soccer player to ever come out of Canada. Before Beckham, Kaká, Rooney, and Zlatan, DeRo was the godfather of Major League Soccer. DeRo is the life story of one of the greatest athletes Canada has ever produced. Born and raised in Scarborough, Ontario, Dwayne De Rosario wasn’t expected to make it out of high school, let alone to the top of soccer world. As part of a family of five, growing up in a one-bedroom apartment, he had to work for everything he had and sometimes that meant doing things he realized he didn’t want to do. It was soccer that saved him from a life on the street. For the first time, Dwayne shares many heartbreaking, life-altering stories from his mischievous childhood, an upbringing that made him the hungry, successful, superstar athlete he became. His strong Caribbean heritage shaped the person and the player the world knows as a four-time MLS Cup champion, seven-time MLS All-Star, Canadian national team captain, and record goal-scorer. He helped put Canadian soccer on the map, and it’s clear that pursuit of greatness didn’t come without struggle, both on and off the field. Now, DeRo hopes to inspire, and train, the next great Canadian soccer star.

Dwayne De Rosario played 18 seasons of professional soccer, winning four MLS Cups, a CONCACAF Gold Cup for Canada, and was named one of MLS’s 25 Greatest Players. The Beautiful Game took him around the world, but his heart has always been in Scarborough. In retirement, he trains youth for the sport, and life, at the DeRo United Futbol Academy. He lives in Markham, Ontario. Brendan Dunlop is a sports television anchor and writer based in Toronto, Canada. He has covered World Cups, Champions League finals, and international matches for theScore, FOX Soccer, and Sportsnet.