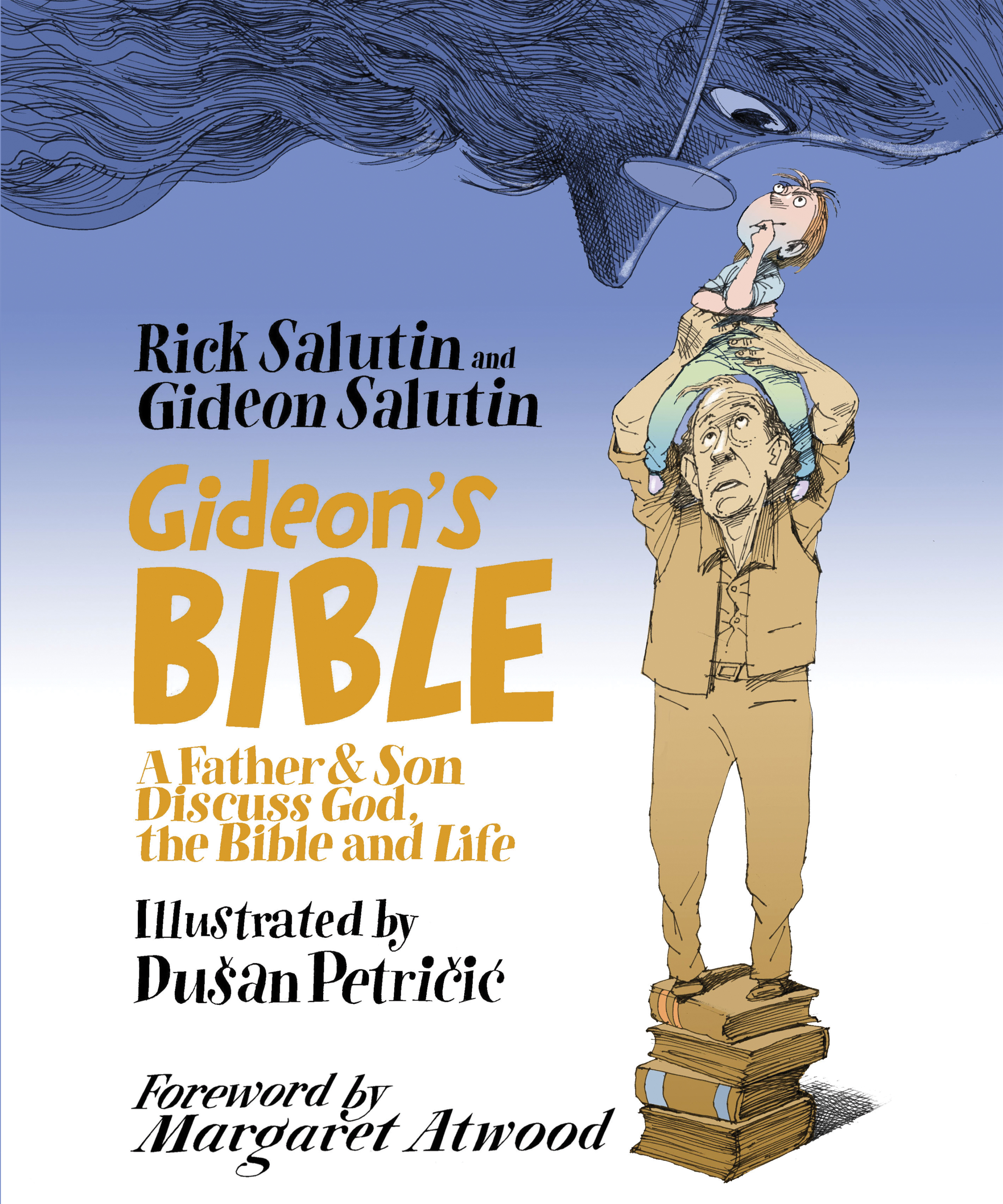 A Father & Son Discuss God, the Bible and Life

A singular exploration of the Hebrew Bible, playfully illustrated by renowned cartoonist and illustrator Dušan Petricic Gideon’s Bible is a conversation between Rick Salutin, and his son, Gideon. It begins with Gideon as a child, asking why he was given his name. Rick says it’s from the Bible and Gideon asks, “What’s the Bible?” Although the conversations portrayed in the book span all the years of Gideon’s life, most of them occurred during his more recent years in high school. The book consists of 64 wildly illustrated colour pages. It is modeled on classical Jewish biblical commentaries, in which biblical text is surrounded by analysis that has been written over centuries and that explores both the text itself and the conversations that surround each passage. In Gideon’s Bible, biblical text is framed with striking illustrations and caricatures of Rick and Gideon as they relate to the passage and discuss subjects like God, parenting, current concerns of youth, literature, friends, and formative experiences that each of them have had.

Rick Salutin is a playwright, novelist, and journalist who has received awards in all these areas. He wrote a weekly column for The Globe and Mail for 20 years and now provides weekly columns and videos for the Toronto Star. Gideon Salutin grew up in downtown Toronto without a religious upbringing or bar mitzvah. Instead, he learned the Bible’s major stories through talks with his dad. In 2019, he founded the Contemporary Review of Genocides and interned with the United Nations. He attends McGill and carries a camera everywhere. Dušan Petricic is a Serbian illustrator and caricaturist who has lived in Canada for more than 20 years. He has illustrated numerous children’s books and his cartoons and illustrations have appeared in various newspapers and magazines from Politika to The New York Times, the Wall Street Journal, Scientific American, and the Toronto Star.